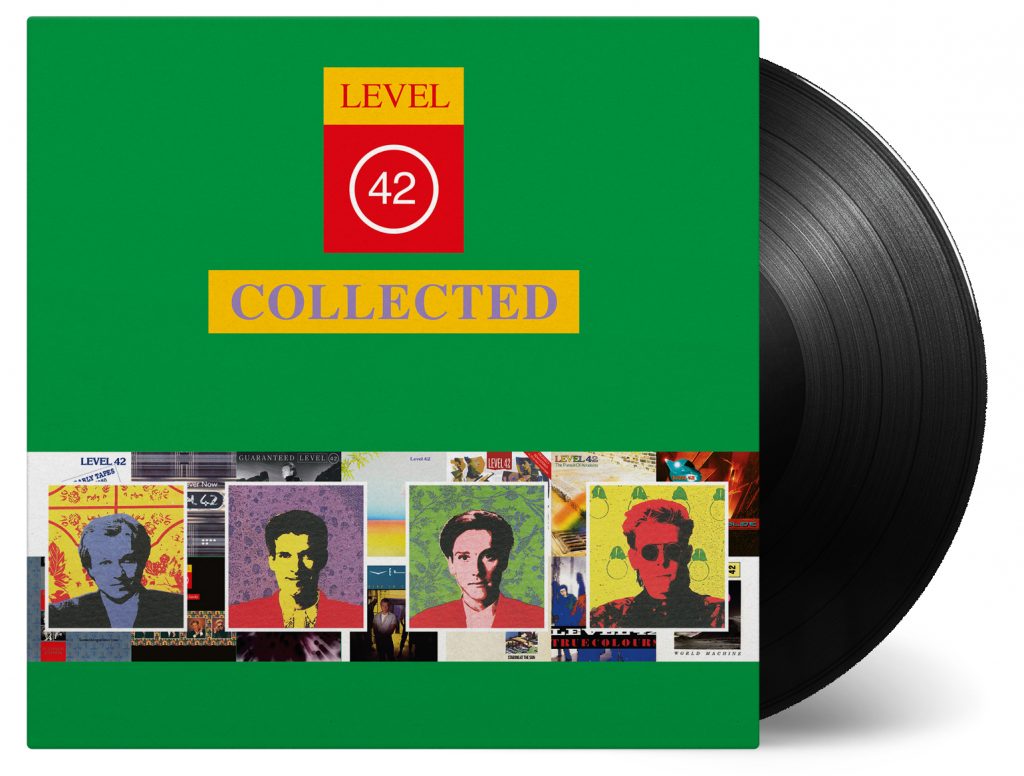 In the early eighties Level 42 started out as a jazz-funk fusion band in the United Kingdom, formed by Mark King and the Gould brothers (Phil and Rowland). During the Brit Funk era, they met up with Mike Lindup and Wally Badarou (who would become a fifth member in all but name) and recorded their first single “Love Meeting Love”. Their follow-up “Love Games” cracked the UK Top 40 and had success in Europe. What followed was a string of minor hits with “The Sun Goes Down” (Living It Up), “Hot Water” but the big breakthrough was with “Something About You” in 1985. The single was Level 42’s first American hit, and would do well on both sides of the Ocean. The band carried on delivering hits through their funky, jazzy songs with finger popping good grooves and infectious rhythms. During the following years up until today, Level 42 are recording records and continue to tour the world, although in a slightly different line-up.

The Collected double vinyl album contains a selection of their songs from the earlier years of “Starchild” up until “Tracie” and “Take A Look”. These tracks, specially remastered for vinyl, are exciting, standing the test of time, delivered by a timeless band.