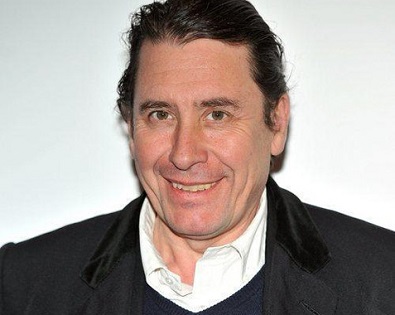 Jools Holland will be bringing the greatest boogie-woogie party around the UK once again with his annual autumn / winter tour. The piano master will be coming to 26 venues, covering 32 dates across the UK&Ireland, kicking off in Dublin on Friday 17th October, with the customary two dates at London’s Royal Albert Hall. Soul sensation Joss Stone, British icon Marc Almond and Rumer, singer/songrwriter and vocalist extraordinaire, will be joining Jools and his much loved Rhythm & Blues Orchestra on selected dates.

Joss Stone will be joining Jools and his Rhythm & Blues Orchestra for the first time for a total of 9 dates making for a very exciting addition to the line-up. Joss rocketed onto the UK music scene at the age of 16 with her debut album “The Soul Sessions”. The two-time BRIT award winner has had numerous hits with ‘Super Duper Love’ and ‘You Had Me’ and has performed with the likes of Mick Jagger, James Brown, Gladys Knight, Solomon Burke, Blondie, Smokey Robinson and Melissa Etheridge among many others.

Marc Almond will be making a special appearance at 25 dates of the tour. Having sold over 30 million records world-wide, Marc has made an unprecedented contribution to British Popular music. In addition to numerous hits during his time in Soft Cell, including ‘Tainted Love’ ‘Say Hello Wave Goodbye’, Marc went on to become an international acclaimed solo artist with chart-topping success around the world. His brand new 4-track EP, featuring a plethora of excellent ‘friends’ including Jarvis Cocker (Pulp) and Carl Barat (The Libertines, Dirty Pretty Things) and producers Tris Penna and Tony Visconti, will be available from 10th February.

Rumer will also step on the boogie-woogie stage and will be joining Marc Almond as a special guest on the final 6 dates of the forthcoming tour. Rumer is an Anglo-Pakistani singer/songwriter whose debut album, ‘Seasons Of My Soul’ has sold over a million copies worldwide, seen her nominated for 2 BRIT Awards, and secured the much-coveted Mojo Award for Breakthrough Act. A year later she released ‘Boys Don’t Cry’, which debuted at #3. Its success took Rumer everywhere, from Buckingham Palace to the White House. and brought her together with Jools and the Rhythm & Blues Orchestra for the collaboration ‘Acc-cent-Tchu-Ate The Postive’, which was featured on Jools’ 2012 album ‘The Golden Age of Song’. Rumer is currently recording her second album of original material.

With the vocal power of Ruby Turner, the Soul tones of Louise Marshall, and the tireless drums of original Squeeze member Gilson Lavis, along with the inimitable musicianship of the Rhythm & Blues Orchestra, Jools Holland will perform tracks spanning his entire solo career as well as songs taken from his new album, due to be released through Rhino this Autumn (further details to be announced soon).