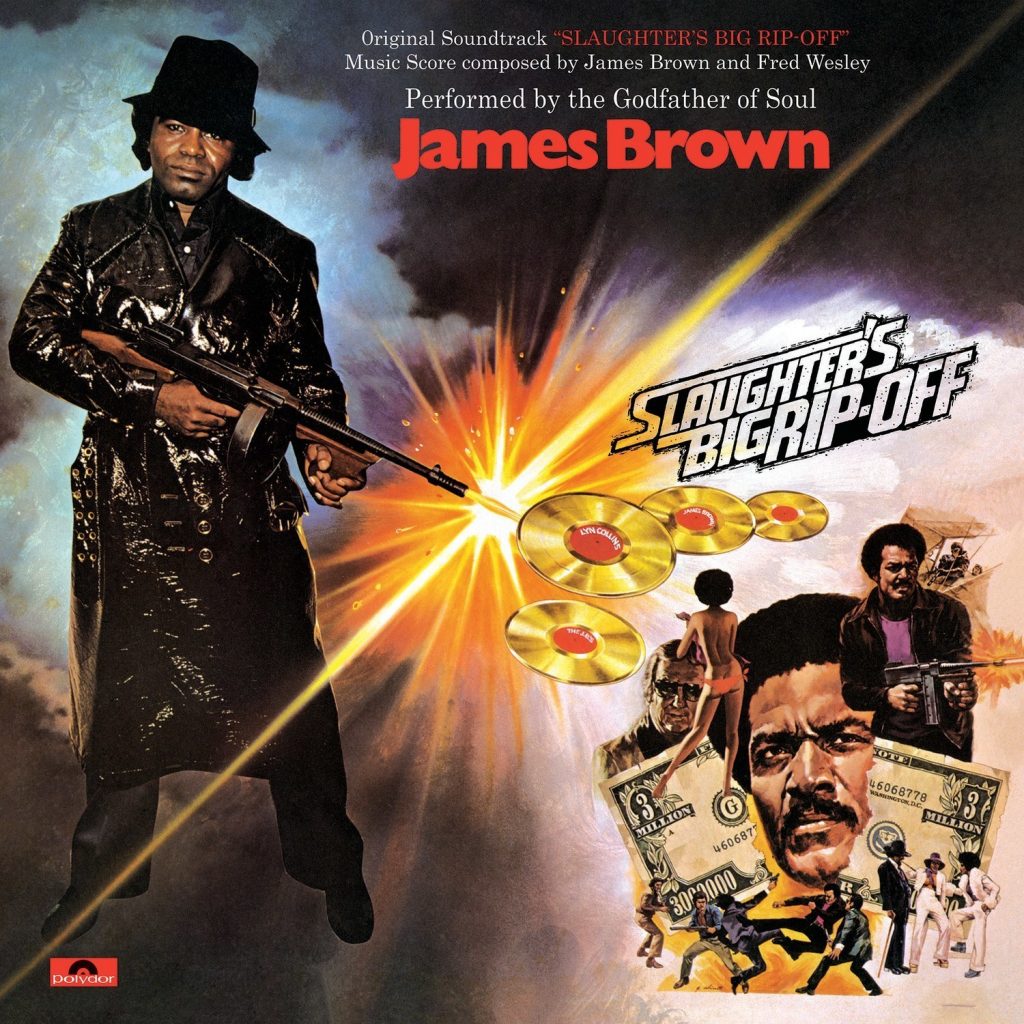 Released in February 1973, Black Caesar is a gangster drama set in Harlem, written and directed by Larry Cohen and starring Fred Williamson, Gloria Hendry, D’Urville Martin, and Julius Harris. The film’s script was originally commissioned by Sammy Davis Jr., who was ultimately unavailable to participate in the production, and its original score was James Brown’s first foray into writing music for the screen. Pieces of Brown’s soundtrack, which also features the J.B.’s and Lyn Collins, have since been notably sampled in tracks by top rap artists, including “The Boss,” sampled by Ice-T in “You Played Yourself,” by Trick Daddy in “Take It To Da House,” and by Nas in “Get Down,” among others. Black Caesar’s soundtrack also features the Bodie Chandler and Barry De Vorzon-written single arranged by J.B.’s band director Fred Wesley, “Down And Out In New York City,” which peaked at No. 13 on Billboard’s R&B chart and at No. 50 on the Pop chart. For the release of this album, Brown began calling himself “The Godfather of Soul,” a moniker that’s fittingly how the world has known him since.

In addition to today’s two vinyl soundtrack reissues, seven sought-after, James Brown-produced albums from members of his revue are now available for the first time for streaming and download purchase.

From Bobby Byrd, Brown’s longtime right-hand man, is his debut album, I Need Help, featuring a slate of hit singles and sampled favorites, including the title song and “You Got To Have A Job (If You Don’t Work You Can’t Eat),” among others.

From Brown’s backing band led by Fred Wesley, credited to ‘Fred & The New J.B.’s,’ is the 1974 album Breakin’ Bread, highlighted by the title song and “Rockin’ Funky Watergate;” and Maceo Parker’s solo debut album, Us, led by the hit “Soul Power ’74.”

Rounding out the slate of JB Productions digital releases is the rare 1974 album from “Sweet” Charles Sherrell, For Sweet People From Sweet Charles.