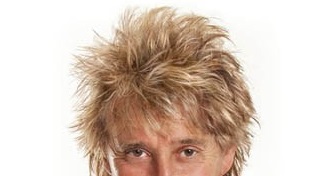 Since opening his acclaimed Las Vegas residency seven years ago at The Colosseum at Caesars Palace, rock music superstar, Sir Rod Stewart, continues to perform to sold out houses and garner rave reviews for “Rod Stewart: The Hits.” To keep up with demand, nine new shows have been added this summer, scheduled August 15 through September 3. Tickets for new concerts will go on sale to the public beginning Friday, March 24 at 12 noon PT.

Since its debut in 2011, “Rod Stewart: The Hits.” has been experienced by over a half million fans and continues to be one of the best reviewed and must-see shows on the Las Vegas Strip. With no shortage of chart-topping tracks, the Las Vegas production delivers show stopping classics spanning five decades that captivates fans with an ever-changing set list including: “You Wear It Well,” “Maggie May,” “Da Ya Think I’m Sexy,” “The First Cut is the Deepest,” “Tonight’s The Night” and “Hot Legs” mixed with some timeless rarities and recent hits.

Rod Stewart is one of the best-selling artists in the history of recorded music, with over 200 million records sold worldwide. His signature voice, style and songwriting have transcended all genres of popular music, from rock & roll, new wave and even tackling the Great American Song Book; making him one of the few stars to enjoy continued success over five decades. He’s earned countless of the industry’s highest awards, among them, two inductions into the Rock and Roll Hall of Fame, the ASCAP Founders Award for songwriting, New York Times bestselling author, Grammy™ Living Legend, and in 2016 he officially became “Sir Rod Stewart” after being knighted by Britain’s Prince William at Buckingham Palace for his services to music and charity.