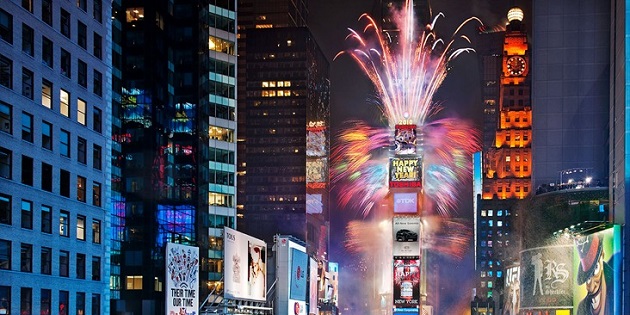 Coverage of Dick Clark’s New Year’s Rockin’ Eve with Ryan Seacrest 2014,” will feature hours of special performances and reports on New Year’s celebrations from around the globe, beginning at 8:00 PM ET/PT on ABC.” “New York’s Times Square is one of the most iconic places in the world to celebrate New Year’s Eve. This year we once again will have megastars in our line up including Macklemore & Ryan Lewis, Robin Thicke, Jenifer Hudson, Enrique Iglesias, Blondie, Miley Cyrus at midnight, and many more. We’re going to have the country’s biggest party,” said Ryan Seacrest. “There’s nothing like New Year’s Eve in New York with the energy and excitement from all of the people that gather throughout Times Square,” added Jenny McCarthy. “I have such a great time with Ryan Seacrest, these amazing artists and fans across the country. You never know what’s going to happen and, as the saying goes, what happens in Times Square…is seen by millions of people around the world, so you better keep it classy. Or so they keep telling me.”