San Francisco Art Exchange LLC (SFAE) has been selected to exclusively represent the most valuable collection of rock and roll artwork ever to be offered for sale: eleven original paintings created and hand-selected by famed English artist Gerald Scarfe, from Pink Floyd’s 1982 masterpiece The Wall. A major exhibition will be held in July with Scarfe in attendance at the invitation-only premier to be held at SFAE’s gallery (458 Geary St, San Francisco, CA).

The paintings being offered have been carefully selected by Scarfe as his most important works, and include several of the most famous images in rock history due to their association with The Wall. Among the paintings are the true definitive originals for iconic artworks such as The Scream, Wife With Flaming Hair, Giant Judge and Hammers, The Mother, Education For What? No Jobs!, The Wife’s Shadow, One of The Frightened Ones, The Gross Inflatable Pig, Comfortably Numb, and The Teacher, as well as the massive original storyboard created for the film which incorporates 50 original renderings.

Epic in scale and steeped in rock history, these original works of art are marquis collectibles for major individual, corporate, and institutional collectors. Due to the extensive distribution of the imagery via album, live-performances, music-videos, and the film (along with the accompanying publicity), the artwork offered is among the most instantly recognizable and significant in pop culture.

One of the paintings available for purchase, Giant Judge and Hammers, will be prominently on display in London beginning May 13, 2017 as part of the Victoria & Albert Museum’s eagerly anticipated The Pink Floyd Exhibition: Their Mortal Remains, the first international retrospective of one of the worlds’ most ground-breaking and influential bands. This exhibition is expected to become one of the most successful on record. 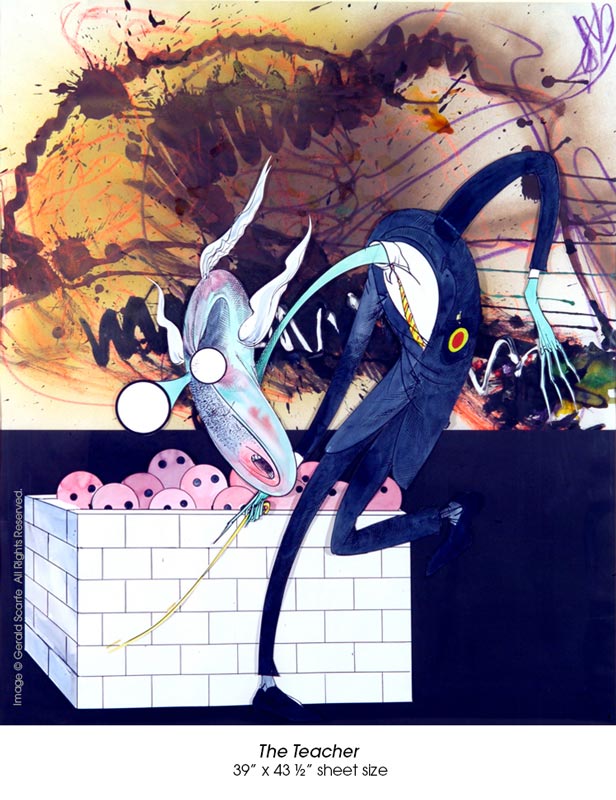 The Wall album topped Billboard charts for 15 weeks, and in 1999 was certified 23 x Platinum. It remains one of the best-selling albums of all time, selling over 19 million copies between 1979 and 1990 in the US alone. The film was critically acclaimed when it was released in 1982 and won BAFTAs for Best Original Song and Best Sound. Scarfe developed the film’s entire visual environment before the project began and his characters became a mixture of live-action and animated imagery, all of which played an integral role in the surreal narrative.

Gerald Scarfe is one of the world’s most famous political cartoonists and caricaturists whose work has been seen in The Sunday Times and The New Yorker for decades. His artworks reside in the following permanent collections, among others: Tate Gallery, National Portrait Gallery and The Parliamentary Art Collection in London, as well as the Smithsonian Institution’s National Portrait Gallery in Washington D.C.

San Francisco Art Exchange is the sole gallery authorized to sell these paintings. San Francisco Art Exchange is known worldwide for record-breaking sales of album cover related artwork, and has represented such revered artworks as the originals for Abbey Road, Meet The Beatles, Rubber Soul, Imagine, Dark Side of the Moon, Wish You Were Here, Ummagumma, Animals, Lamb Lies Down on Broadway, The Best of The Doors, Candy-O, and many, many more. 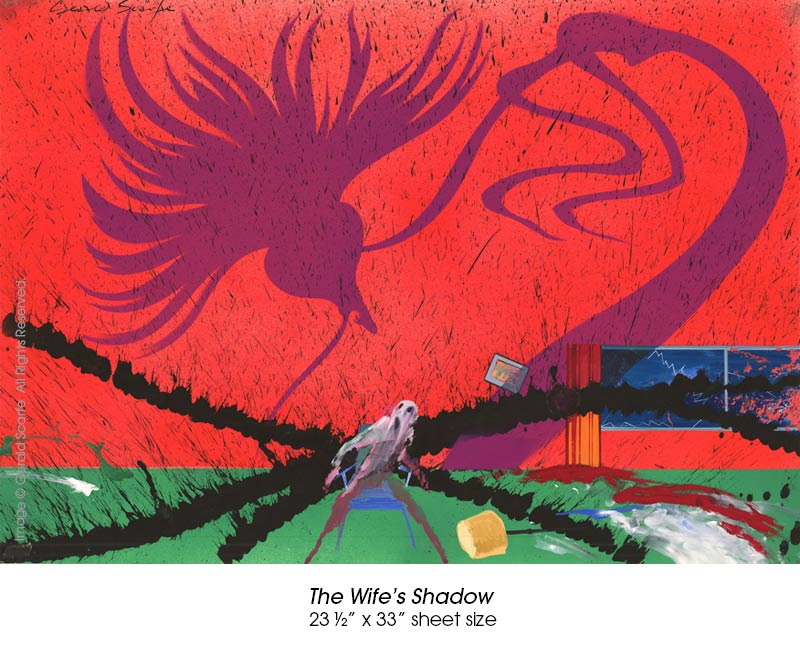