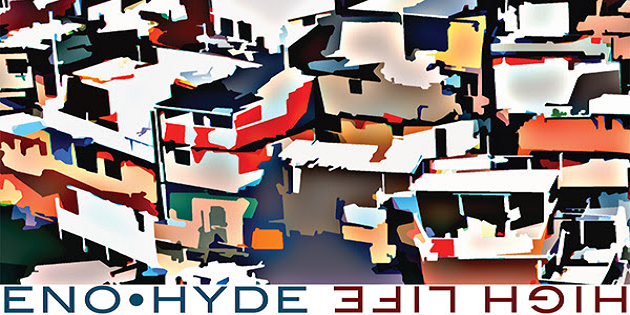 Within weeks of the release of their acclaimed debut album (Someday World, out now), television performances and augmented reality iOS app (free now on the App Store), we can reveal that the collaboration between Brian Eno and Karl Hyde continues with second full-length record ‘High Life’, to be released June 30th (1st July in North America). The experiment drew inspiration from the repetitive minimalism of composers like Steve Reich and Phillip Glass, and from the polyrhythmic music of Fela Kuti and funk, as well as continuing the work that Eno and Hyde have done separately.

High Life is to be released on CD, Digital and Double Gatefold LP formats. The album is hot off the press, and due to vinyl production timelines the LP format will be released on 25 August 2014.