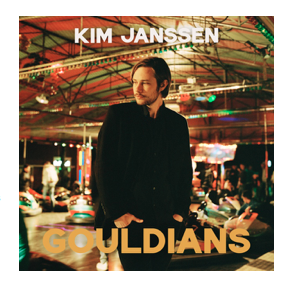 After three years of radio silence Kim Janssen finally returned with ‘Bottle Rockets’; a piano-ballad which now has over 300.000 Spotify plays. The live video for new song ‘Cousin’ was the cause for high expectations for his first concert with full band, including horns and strings, at Eurosonic/Noorderslag 2017 in Groningen, the Netherlands. These expectations were more then fulfilled looking at the reactions in the media. Which makes it a very good moment to release his first official single, called ‘Gouldians’, now.

‘Gouldians’ feels explosive and subdued at the same time. With the drums and bass up close and a jangling rhythm guitar as its backbone, it rolls like a fast train. Expertly mixed by Chris Coady (Beach House, Future Islands) and mastered by Greg Calbi (Blood On The Tracks, Graceland) the tension is present right from the beginning of the track and builds and erupts only at the very end, in a swirl of shimmering synthesizers and ethereal vocals.