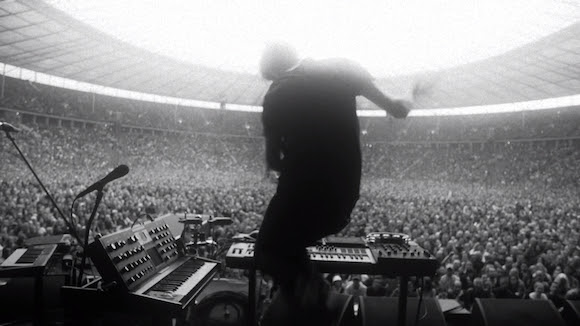 The accompanying video by Åsa Riton and Andreas Emenius also completes the video trilogy consisting of ‘River In Me’, ‘Redefine’ and ‘Complicated’, an apocalyptic story about the desperate search for a place where to start all over again. Shot in an abandoned sports arena a loose narrative unfolds of a man on a quest to re-connect with the physical world after loosing himself in a destructive relationship. A lonely world, involving tennis, palm trees, hands on fire, anonymous helpers and a constructed spine.