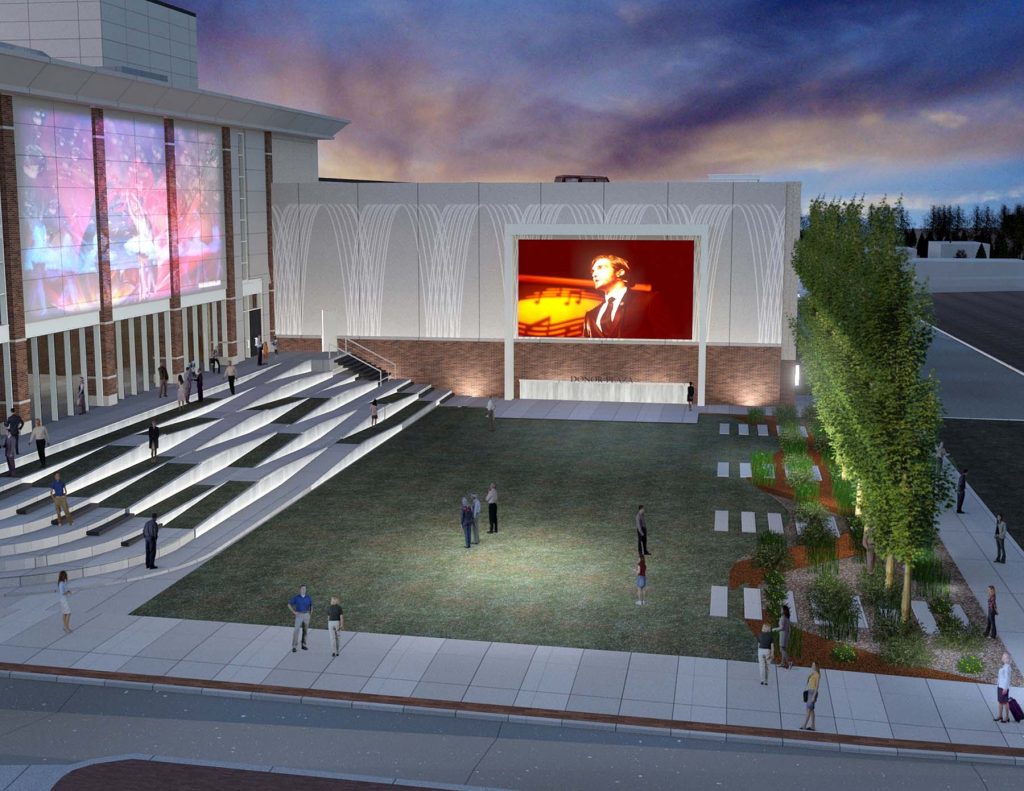 Oklahoma State University (OSU) and the New York Philharmonic announced a residency partnership marking the opening of the new McKnight Center for the Performing Arts at OSU in October, 2019. The partnership is made possible in part by the visionary $25 million programming gift to OSU by alumni Billie and Ross McKnight. The McKnights’ gift established a program endowment to benefit all students, faculty and the Stillwater community by bringing top-tier residency programs and performances to OSU.

“This expansive partnership presents a once-in-a-lifetime opportunity for our music faculty and students to interact with and be inspired by members of one of the world’s greatest orchestras,” commented Burns Hargis, president of OSU. “I am confident we are well on our way to establishing a vital hub of creativity and collaboration for the performing arts in Stillwater, Oklahoma. Thanks to Billie and Ross McKnight’s generosity and forward-thinking leadership, learning experiences and the arts will be elevated in our community and region.”

“We salute Oklahoma State University, under the leadership of President Hargis, and the McKnights for their vision and generosity that will bring the New York Philharmonic to OSU to help launch this ambitious initiative and make the arts more central to the campus,” commented Matthew VanBesien, president of the New York Philharmonic. “While we often hear how residency partnerships benefit faculty, students and the regional community, I can say from experience that the musicians and management of the New York Philharmonic also benefit immensely from the creative energy stemming from academic and professional collaboration. We very much look forward to performing at what promises to be a spectacular new performing arts center and to engaging with the university and the community in Stillwater.”

The new partnership was celebrated at the McKnight Center groundbreaking event and during a special halftime performance at the OSU vs. Texas football game in Boone Pickens Stadium.

“Billie and I are thrilled that the new performing arts center will serve as a stage for global talent and will bring OSU students unique culturally enriching opportunities,” said Ross McKnight. “We believe in The McKnight Center for the Performing Arts, and the partnership with the New York Philharmonic validates the caliber of programming that will truly make the center great.”

The 93,000-square-foot McKnight Center will stand prominently along the southwest corner of University Avenue and Hester Street.

“The McKnight Center for the Performing Arts sets the foundation to invite world-class musicians and artists to Stillwater, Oklahoma,” said Dr. Howard Potter, professor and head of the Department of Music in Oklahoma State University’s School of Visual and Performing Arts. “The residency program with the New York Philharmonic begins a new era for performing arts at our school and in our state.”