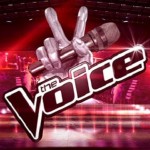 Grammy Award-winning superstars and current Coaches of The Voice UK, will.i.am and Kylie Minogue, are set to join The Voice Australia family in 2014. They will take up their red chairs next to returning Coaches Ricky Martin and Joel Madden in the new season of the hit show on Channel Nine next year. “It is an honour to join The Voice Australia as a Coach working alongside Kylie Minogue, Ricky Martin and Joel Madden. Australia is a highly creative country and a place with many good memories that have shaped my music career,” will.i.am said. “Australia is one of the first countries where The Black Eyed Peas enjoyed international success selling out many performances, and the place where I discovered electronic dance music. Having worked with both Kylie Minogue and Ricky Martin on past music projects, it will be fun to collaborate with them on the show.”

‘I am so excited to be coming home and being a coach on The Voice. I look forward to spending time in Australia, getting up close and personal with new talent and working alongside the three amazing artists: Ricky, Joel and will.i.am.’ said Kylie.

The Voice Kids will showcase the extraordinary vocal talent of kids aged 8 to 14 from around Australia, featuring the same spectacular set with electrifying blind auditions and thrilling battle rounds. It too will culminate in a grand finale where only the best of the best young singers will get their chance to perform for the title of The Kids Voice of Australia.

“The production of the first ever The Voice Kids with fan favourites Joel and Delta, to be joined by other big name coaches. The talent we have unearthed for both shows is exceptional and the Australian audience is sure to be blown away by how much musical talent this country has to offer.”