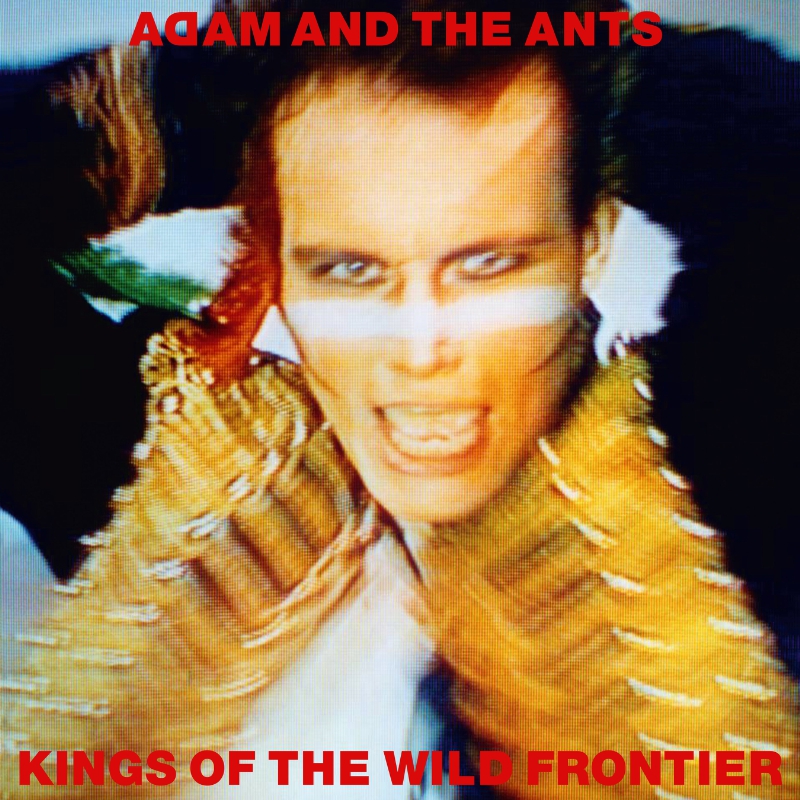 In extensive liner notes Adam Ant tells us in his own words the story behind the record and the “band of brothers in musical arms, who came together in the studio in 1980 to create a bit of magic.”

The demise of the original Ants line up following the release of Dirk Wears White Sox in 1979 is well documented. What came next for Adam & The Ants Mark 2 was an altogether new approach that would result in one of the most important British records of all time.

Kings Of The Wild Frontier was the result of a fierce, determined and ultimately realized ambition to turn the music scene on its head, in Adam’s own words, “to be the best, in tune with and in line with no one.”

By 1980, the aftermath of the glory days of punk loomed large and grey over Britain and popular culture. As Bowie and Bolan had done a decade earlier for the kids trying to shake off the disappointing hangover of their parents’ Swinging Sixties, Adam & The Ants threw off the old guard of black and grey and safety pins and sneer and remerged on to the music scene with an undefinable brand and sound all of their own. Ant music! ‘a new flavor’…’a golden new royalty’…’music for a future age.’

The loss of his Ants and fan requests to ‘play the old stuff’ proved the catalyst for change. Adam Ant says, “Everything till then had been black and white…from now on there had to be color, dash and fire … heroism”…”we felt like heroes and here was the soundtrack to make others feel the same.”

Three decades on and the heroic Kings Of The Wild Frontier remains as bold and magnificent as ever.

Adam & The Ants at the BBC

ANT INVASION: a documentary of the first Adam & The Ants US tour 1981