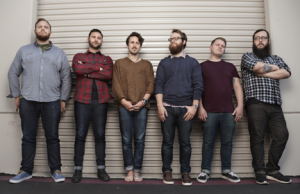 ‘Cigarettes & Saints’, the new song and music video from The Wonder Years out now. The video was directed by Jeremi Mattern and shot in Austin, TX. The song is taken from the band’s highly anticipated fifth studio album, ‘No Closer To Heaven’, which will be released September 4th on Hopeless Records. The 13-track album, recorded and produced by Steve Evetts and mixed by Phil Nicolo, is now available for pre-order. ‘Cardinals’ and ‘Cigarettes & Saints’ are offered as instant great tracks when pre-ordered digitally or physically.

The Wonder Years and Sub City will donate one dollar for each record pre-ordered through MerchNow. Upon check out, fans will be prompted to select one of four charities, chosen by The Wonder Years, where the donation made through their purchase will be sent. Proceeds will help benefit The Herren Project, Puppies Behind Bars, After-School All-Stars and Futures Without Violence.

No Closer To Heaven Track Listing:
1. Brothers &
2. Cardinals
3. A Song For Patsy Cline
4. I Don’t Like Who I Was Then
5. Cigarettes & Saints
6. The Bluest Things On Earth
7. A Song For Ernest Hemingway
8. Thanks For The Ride
9. Stained Glass Ceilings (Featuring Jason Aalon Butler)
10. I Wanted So Badly To Be Brave
11. You In January
12. Palm Reader
13. No Closer To Heaven