The Prodigy announce their new album ‘The Day is My Enemy’, due for release on March 30th via the bands own label Take Me To The Hospital through Cooking Vinyl. It’s an album that takes you on a journey through the unchartered underbelly of urban nightlife where anger is an ever-present energy lurking just beneath the surface of an edgy calm. 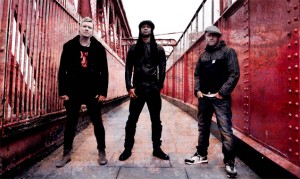 The Prodigy also announced a UK tour for May. Tickets go on general sale on Wednesday 14th January and are available