Nonesuch Records will release Natalie Merchant’s new self-titled album on May 6, 2014. The recording is the multi-platinum singer’s sixth solo collection, and her first of entirely original songs in 13 years. International tour dates will be announced shortly.

This self-produced album is the work of a mature artist with a clear and distinctive voice. Long appreciated for the depth and substance of her writing, Merchant has never shied away from weighty themes or subjects for her lyrics. She describes the new release as informed “by experience and keen observation,” dealing with issues of “love gained and lost, regret, denial, surrender, greed, destructiveness, defeat, and occasional triumph.” 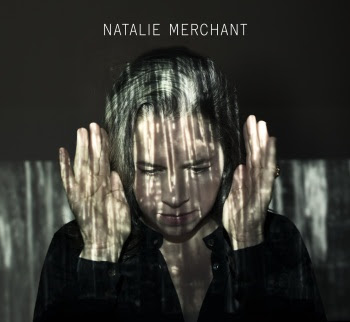 Merchant’s career began when, as a college student, she joined the seminal alternative rock band 10,000 Maniacs. Serving as lead vocalist, lyricist, and sometime pianist, Merchant released five critically acclaimed studio albums with the band, including the platinum-selling In My Tribe (1987), Blind Man’s Zoo (1989), Our Time in Eden (1992), and MTV Unplugged (1993). Merchant left the group in 1993, after 12 years, to record her first solo album. Tigerlily (1995) was certified five-times platinum, and was followed by the platinum Ophelia (1998), Natalie Merchant Live (1999), and Motherland (2001).

In 2002 Merchant departed Elektra Records, and a contractual relationship she had been bound to since signing at the age of 19, in 1984. She took an extended hiatus from pop music and major labels, independently releasing a collection of folk music, The House Carpenter’s Daughter (Myth America, 2003), which also coincided with the birth of her first child. For the next seven years she lived quietly in New York’s Hudson Valley devoting herself to family and community, whilst taking opportunities to collaborate with other musicians and strengthen her commitment to activism and philanthropy.

In 2005 she was appointed by Governor Eliot Spitzer to serve a four-year term on the 20-member board of New York State Council on the Arts (NYSCA). She worked with a group of homeless musicians on a benefit album, Give US Your Poor (2006), and a documentary film, No Good Reason (2006). She worked with Ladysmith Black Mambazo, collaborated with British composer Gavin Bryars and the Royal Shakespeare Company on The Sonnet Project (2007), and in 2008 contributed to the Cowboy Junkies’ 20th anniversary re-recording of their first album, The Trinity Session. Also in 2008, at the invitation of the Boston Pops, Merchant built an orchestral repertoire drawn from her catalogue of songs to perform in concert, a show she continues to expand and perform. She celebrated the 60th anniversary of the declaration of human rights with Amnesty International’s The Price of Silence initiative, and sang with the student choir of The Perkins School for the Blind to raise funds. In 2009 she contributed to David Byrne’s song cycle recording, Here Lies Love, based on the life of Imelda Marcos.

In 2010, Merchant returned with a thematic double album entitled Leave Your Sleep, her debut for Nonesuch Records. A meditation on childhood and mothering, the anthology comprised 19th and 20th century American and British classic children’s poetry by the likes of Robert Louis Stevenson, Christina Rossetti, Robert Graves, Edward Lear, and E.E. Cummings that Merchant had set to music. She collaborated with 130 musicians in a wide variety of musical styles, handpicking musicians who represent the best in their fields, including the Wynton Marsalis Quartet, Medeski Martin & Wood, The Fairfield Four, The Chinese Music Ensemble of New York, the Ditty Bops, the New York Philharmonic, The Klezmatics, Lúnasa, and Hazmat Modine. Merchant’s fascination with the poets led her to research their lives and write an 80-page companion book. The result was praised by critics on both sides of the Atlantic, with the Wall Street Journal calling it “an ideal fit between poetic and musical forms,” and the Independent, “a hugely ambitious and beautifully realized double album.”

Since the album’s release, Merchant was honored for the project as a New York Public Library Lion in 2011, along with authors Jonathan Franzen, Ian McEwan, and playwright Tony Kushner. That same year, NYC public school children studied a three-month unit on poetry and music with a curriculum drawn from the album. In 2012, Merchant teamed up with award-winning children’s book illustrator Barbara McClintock for a new picture book based on Leave Your Sleep published by Farrar Straus Giroux. Inspired by her 2010 TED Talk about the project, Merchant has also developed a live children’s orchestral concert that integrates projections of McClintock’s illustrations and has presented this educational program to thousands of children in several US cities, including Carnegie Hall this spring.

Merchant remains dedicated to a wide array of social justice and environmental causes. Recently, her attention has been focused on the threats to public health and the environment posed by the natural gas extraction technique of hydraulic fracturing. In 2013 she spearheaded the making of a protest concert film, Dear Governor Cuomo, with New Yorkers Against Fracking, actors Mark Ruffalo and Melissa Leo, and film makers Jon Bowermaster and Alex Gibney. This month, SHELTER: A Concert Film to Benefit Victims of Domestic Violence, directed and produced by Merchant, will have its first public screening in connection with Eve Ensler’s annual One Billion Rising campaign. Merchant is exploring a new approach to protest through filming multi-media events that inform the public, heighten the profile of community organizers, and encourage action. “It’s not enough for me anymore to just show up and sing a song at a benefit and feel I’ve done my bit. I want to offer my skills to create more comprehensive campaigns on behalf of over-strapped and under-staffed non-profits.”