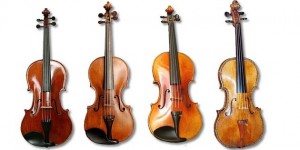 The Leo Group, LLC (“LeoGroup”), the comprehensive wealth management firm, today announced the purchase of a “golden period” Stradivarius violin using bitcoin. The violin, an extremely rare instrument built by Antonio Stradivarius and made a few years apart from the “MacDonald” Stradivarius Viola (which will be sold in June of this year by Sotheby’s at a starting bid price of $45 million), is the first instrument of this importance and value to be the subject of a bitcoin-priced contract. The multi-million dollar bitcoin contract was conceived and engineered by LeoGroup and executed on February 27th. The transaction officially closed this week on March 24th.

“We are extraordinarily pleased to have acquired the Stradivarius,” said Dana Friedman, Director of Marketing & Investor Relations of LeoGroup. “Not only is the deal an important validation of the value of bitcoin, it is our chance to contribute to the culture of classical music by ensuring Antonio Stradivarius’s remarkable genius is heard by millions of classical music patrons in the years to come.”

In addition to the investment component of the transaction, the Stradivari will be enjoyed by both its owners and the general public in concert halls such as Carnegie Hall and Lincoln Center. The instrument was sold by Carpenter Fine Violins, which has sold 15 Stradivari instruments in the past four years.

“It was not only exciting to work on a transaction with the dynamic team at LeoGroup involving the sale of an exquisite instrument, but the combination of a three-century old market with a new currency still being proven is one of the most groundbreaking deals in the fine musical instrument world,” explains Sean Avram Carpenter, the Founder and CEO of Carpenter Fine Violins. He continued: “It is our obligation to find flexible and creative new ways to introduce buyers into this market, and accepting an offer for a Stradivari violin in bitcoin is one of the many ways we could advance our trade to the 21st century.”

To hedge the multi-million dollar risk in bitcoin, LeoGroup proposed a bitcoin derivative to Carpenter Fine Violins. LeoGroup and Carpenter then executed a bitcoin swap with a bilateral swaps agreement. The swap was created by a LeoGroup portfolio company, TeraExchange, and closely coordinated with the CFTC. The price of bitcoin was calculated by MathMoney f(x), Inc., the pricing agent to the transaction. Although the CFTC has not officially approved bitcoin swaps, this transaction followed regulatory protocols and helps pave the way for regulation of bitcoin derivatives. In 2013, LeoGroup became the first financial services firm in the U.S. to accept bitcoin.

“This unprecedented transaction highlights LeoGroup’s innovative work in this space to help bitcoin gain a wider acceptance by institutions as well as regulators, and we are extraordinarily excited to have been the force behind it,” concluded Matthew Allain, Senior Managing Director of LeoGroup.