The iconic and incomparable Art Garfunkel is making his highly anticipated comeback to the stage in 2014 with a select number of live performances beginning with three nights at the Franklin Theater, just outside of Nashville (January 29, 30 & 31) through March 1 in Palm Beach Gardens, FL. The Rock & Roll Hall of Fame member and diamond-selling artist had taken time off to recover from a vocal ailment. “The voice is back. I’m in flight again,” says Garfunkel. “I believe I have grown through adversity. A new creation has emerged that is truly exciting me–my stage show.” 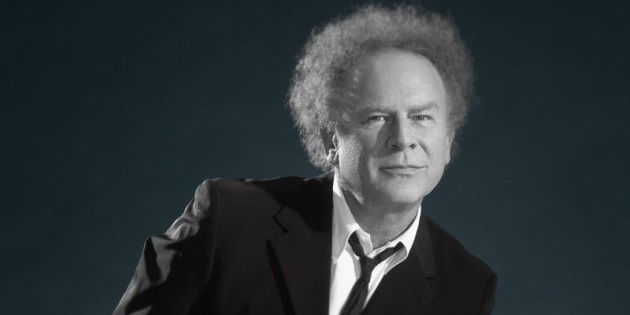 Art Garfunkel performed a series of intimate warm-up shows in late 2013 and is excited to be back in action. These concerts included a stripped-down band, as well as a post-show Q&A with the audience. The Columbus (OH) Dispatchsaid, “His achievement was considerable.One of the evening’s singing highlights came as he added a beautiful vibrato to the rich mid-range part of the lovely original ‘Perfect Moment.’ More often, the singer concentrated on the song, scoring with a romantic take on Antonio Carlos Jobim’s ‘mature love song’ ‘Corcovado (Quiet Nights of Quiet Stars).’ ‘Someone To Watch Over Me’ displayed the continuing rightness of Garfunkel’s interpretation of durable standards (12/13/13).”

The Cleveland Plain-Dealer addressed the show’s format, saying, “For 90 short minutes, Garfunkel enthralled the capacity crowd with songs, stories and even a question-and-answer period. Some of the tales and questions focused on the Rock and Roll Hall of Famer’s partner, Paul Simon. Some were about his young son, Beau. Some were about his party days in California. Some were about his distaste for texting and technology, and all elicited rapt, hear-a-pin-drop attention.It’s a joy to hear and share the contentment in his songs and stories (12/14/13).”

Blessed with what the New York Times described as a “beautiful countertenor,” singer Art Garfunkel has made an indelible mark on the music world as both a solo artist and half of the unrivaled Simon & Garfunkel. He has also enjoyed a successful film career, published a book of poetry and released 12 original solo albums, the most recent being SOME ENCHANTED EVENING in 2007. Since then, he has been busy as a husband and father to his two sons, 23 year-old Arthur Junior and eight-year-old Beau Daniel. He is also an avid walker who has walked across Japan, the US (celebrated in the 1997 concert DVD ACROSS AMERICA and now Europe.