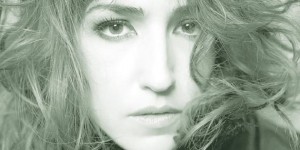 The Classic, the much anticipated new album from the supremely talented Joan As Police Woman, will be released March 10th 2014 on Play It Again Sam. “I’m in the best place I’ve ever been in my life,” declares Joan Wasser, and she’s just recorded the album that proves it. The Classic, the fourth album of originals by the uniquely charismatic artist known as Joan As Police Woman, builds on the creative impetus and success of its 2011 predecessor The Deep Field. As ever Joan strives to create music rooted in an intimate, elemental and uplifting brand of soul combined with her own unique serene, torch-singing temperament, this time with a more liberated feel than ever before.

The title track is the first song to be released from the new album and it includes a street-corner doo-wop bass vocal from fellow singer-songwriter Joseph Arthur and a human beat-box backing from none other than US comedian extraordinaire Reggie Watts, which gives the track’s classic Fifties/Sixties vibe a more contemporary slant. It is accompanied by a life-affirming video featuring some of the albums main contributors and was shot in the streets of New York last month. The track is available digitally right now when you pre-order the album from iTunes as per the link above. The European tour has been announced for next year.