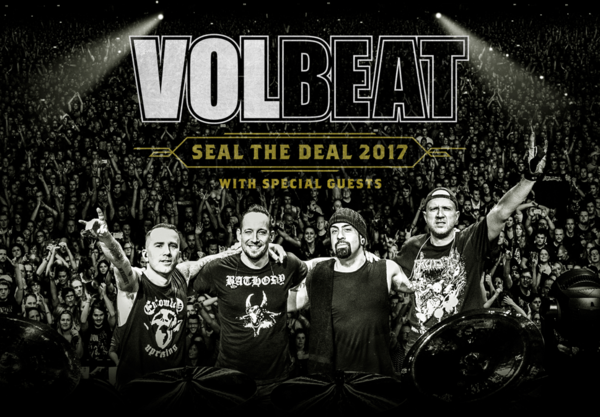 Volbeat has revealed plans to stage the band’s largest headline appearances to date. In August, 2017, the quartet will set out on this run with a vision of raising the bar to the next level, as they present a night to remember in these markets featuring a set list composed of repertoire they have never performed on stage, new material, and of course their hit tracks. Plans also include a range of surprise special guest appearances.

The band has already begun creative discussions aimed to deliver a unique show with production that is their most ambitious to date. The tour will begin in Hamburg on 23 August, 2017 with multiple outdoor events planned in Germany, alongside performances in Denmark, Sweden, Norway, The Netherlands, Switzerland, and Austria.

Singer Michael Poulsen shares, “We always aim to continue to grow with each tour planned. It is of paramount importance to us to raise the bar, and bring the fans something truly special in gratitude for the support they show Volbeat. Performing a set list that presents songs we have never performed live, alongside the hits and new creations, will make it special for the audience and ourselves. This is going to be a special run, one that all of us look forward to bringing to life.”