Following on from their successful Manchester series of nights and two day party cruise to Amsterdam, production and DJ duo Solardo are bringing their Solardo Sessions to the rest of the UK for 2017.

The pair will travel to some of the UK’s leading small tastemaking clubs between the 12th Jan and 3rd March 2017. Taking in Leeds, Brighton, Birmingham, Nottingham, Liverpool, Southampton, Cardiff, London, Manchester, Bristol, Edinburgh and Glasgow, the tour will see Solardo bring their unique brand of party-ready music to locations far and wide.

The debut headline tour comes after an incredible 2016 for the duo. After a series of releases on the likes of Viva, MTA and Elrow, Solardo were catapulted to mainstream attention when their first Hot Creations release, ‘Tribesmen’, became a Beatport #1, with support from the likes of Pete Tong, Jamie Jones, Annie Mac, B. Traits, Jackmaster and Skream. Whilst it might be their first headline tour, Solardo are no strangers to life on the road; they’re a staple of infamous party outfits elrow and ABODE, having honed their craft as regulars of the Warehouse Project in their hometown. 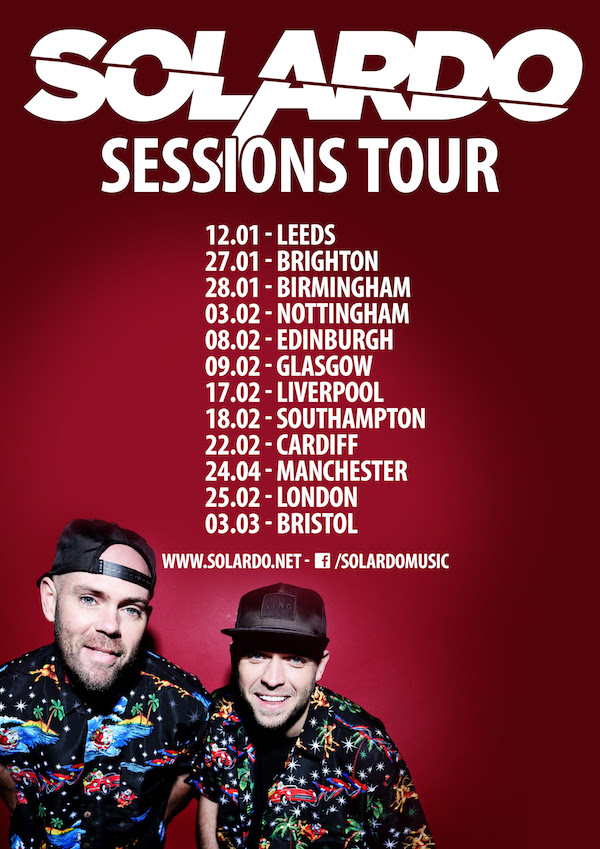