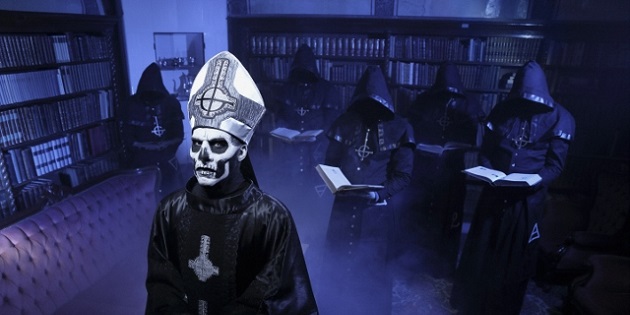 The highly anticipated and mysterious Swedish band Ghost B.C. will release their brand new EP If You Have Ghost the day after tomorrow – on Friday November 15th. This five-track EP was recorded and produced by Dave Grohl and includes cover versions of songs by Roky Erickson, ABBA, Army Of Lovers & Depeche Mode, plus a live version of their own song Secular Haze.

Ghost B.C. is extremely popular among fans of hard music, but the band is now rapidly growing huge outside that scene as well (lots of coverstories in magazines, fans such as Metallica’s James Hetfield and Dave Grohl) and is on a breakthrough to a mainstream audience, thanks to their poppy and catchy songs, awesome visuals and exciting live-shows. Ghost B.C. is in the middle of their European tour right now.