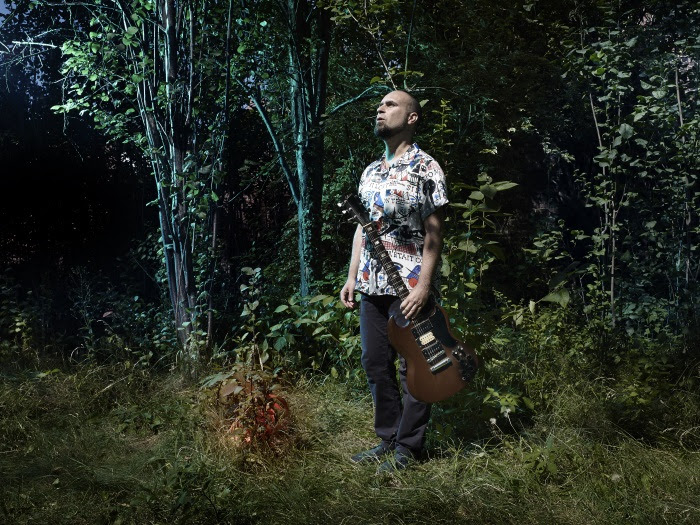 “Monty” is the new album by Italian music artist Emiliano Deferrari, conceived, written and recorded in Brussels, Belgium, where he lives since 2015. The album was recorded between November 2016 and September 2017 at his Monty Studio. It was mixed in Valencia, Spain by Matteo Nahum, music composer, film scorer and musical partner of Emiliano in their art-rock oriented project Nanaue. Finally, it was mastered in Brooklyn, NY by internationally acclaimed drummer, bass player and sound engineer Nate Wood.

All songs are written by Emiliano with Italian lyrics. Emiliano plays all instruments heard on the tracks (piano and keys, fretless bass, drums, classical, acoustic and electric guitars, violins, pocket sax, voices and programming), like on all his solo releases.

Matteo Nahum mixed creatively the album, indulging with some of his preferred effects and reverberations. Nate Wood mastered the album with balance between deep bass and the subtle textures of cymbals. Great presence but no big compression, maintaining a coherent ratio between loudest and lower sounds, giving the album a jazzier listening experience. Three different masters were made for the CD/downloads, the vinyl and a special “mastered for iTunes” version. The cover photo for the album was shot by celebrated Italian visual artist Pietro Fortuna. The album is produced for Emiliano’s personal label Rattsburg Records.

Says Emiliano, “In 2016, after 1 year of life in Belgium, I started producing music with a new mood. I recorded and published 2 new singles with Nanaue, one of which, “As Love is Naked,” was featured on the English movie “Hanging In There”. During the recordings I realized that my last solo work was dated 2010, and I had the urgency of a catharsis from some of my deepest emotions and fears. So I closed myself in the studio for long sessions of writing and improvising (heritage of my first moves in jazz). Most of the songs came out in less than a month, and for the first time in years I used Italian lyrics. Then I started with a work of ‘selection’, ‘subtraction’, and recording instruments playing in a less conventional way (like the deconstructed and expressionist drums in the first tracks of the album, or combined with samples and drum-machine in the second part), and forcing myself on new territories (like the extensive use of fretless bass and electric piano clusters, counterbalanced by a sparse and rare use of guitar throughout the album). I also wanted to use the voice differently, to underline the visions showed with the lyrics. The lyrics are in general brief, with cut-ups and direct speech, helping expressing the two moods of the album.”

As for the album’s concept, Emiliano explains, “The album describes a slow descent into hell, followed by a slow resurgence in search of a balance between the diverting forces, attitudes and wills of a man. It is evidently an autobiographic representation of common states of mind of mankind. As always the place in which the album is recorded affects the music. The recording studio is placed inside the old Brussels cinema studios Sonart, in a room which still keeps the original audio isolation and some of the equipment. It was a great place to concentrate and listen to your deafening silence, in search of some of your monsters. After an experience like that, it is crucial to find your balance, to reset your mind and body. Meditation helps, but the tendency of building infinite layers of superstructures makes your exercises hard and frustrating. The last resort is surviving in light of this indispensable instability.

“Over the album sounds and instruments perform specific and recurrent characters of the play (the acoustic drums represent the human unpredictable touch, while the drum machines represent the mantras we use to fine-tune our weighted minds; brasses represent Brussels, or more precisely remind of the band’s parade of James Ensor’s ‘Christ’s Entry Into Brussels’. After all it is quite easy to divide the album in two parts, the first musically jazzier and apparently improvised, while the second is mainly more rhythm driven, with recurrent chorus and mantras bringing to the last song ‘Fuoco’ (fire), the musical zenith of the album. There is also space for improvised drones (the short intro ‘Aria’, made with looped guitar effected with mellotron-like sounds), and a classical guitar piece, the eponymous ‘Monty’ (disturbed by field recordings of a tram).”

Everything was recorded and premixed by Emiliano in solitude. Tracks were passed to Matteo Nahum in Valencia, where he spent November and December 2017 mixing creatively. “He knows me very well, as we work together since 2008, and he could get the best of the tracks. I credit him in every song for his work at the mixing desk, as it was crucial for the album, like an added musician. As well crucial was the master by Nate Wood. I had already listened to his great masters of the albums of Donny McCaslin, Kneebody and Tigran Hamasyan, so I am honoured he accepted to work for ‘Monty’.” 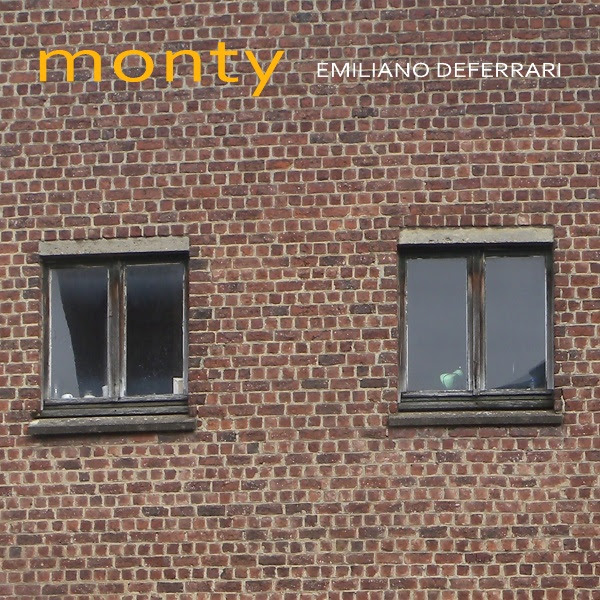 When it came to find a name and a visual identity for the album, “I had my studio in mind, and Monty is the nickname of Montgomery, the area of Brussels where the studio is. I wanted the cover to show what I could see every day from the window in front of the recording booth. Pietro Fortuna was so nice to shoot a photo for the cover and the Italian film-maker Alessandra Populin directed the video-clip of ‘Fuoco’.”

Emiliano was born in Genoa, Italy, in 1977. He started playing guitar at 6 and recording his own music at 11. He played and sang jazz, rock and world music with different bands in Italy. In 2005, after settling in Rome, he produced his first solo album “SO_LO” with Rattsburg Records, with good reviews. Since then he started touring Italy with his solo show with guitar, voice and effects. Between 2007/2011, Emiliano toured as The Loop Duo with Adriano Arena, with guitars, voices and live loops, producing an album (THE LOOP DUO/BMA and Rattsburg, 2009). In 2009/2010, he produced a new EP (O.S.T./Rattsburg, 2009) and LP “LIGHT EARS” (Rattsburg 2010). Since 2008 he’s been working on the project Nanaue with Matteo Nahum. Between 2011 and 2017 they published 8 singles (Rattsburg Records and Gutenberg Music) and 1 album (Nanaue/Gutenberg Music, 2013) plus 3 recordings for tribute albums of Italian prog label Mellow Records. In 2014 Emiliano moved to Brussels, Belgium. In September 2017 he re-published his seminal album “Small Engines” (2002, Rattsburg).

2018 is the year of “Monty”! In support of his new solo release, Emiliano will work hard to perform the album live, recruiting a small group of talented musicians, able to improvise and to recreate both the brooding atmospheres and the uprising against the brink.