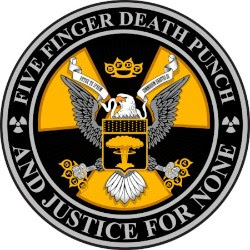 The current singles of Five Finger Death Punch (“Gone Away”, #6), Breaking Benjamin (“Red Cold River”, #4) and Nothing More (“Do You Really Want it?”, #7) have all entered the US Top Ten rock chart with Bad Wolves closely following on their heels with “Zombie” at #14.

Says Five Finger Death Punch guitarist, Zoltan Bathory: ”When I’m being asked for a tour quote I’m always scratching my head… Is there anything to add really? We are putting together 2018’s biggest Hard Rock tour of the Summer; where even the first band on the bill has a massive hit single around the world. There will be fire, there will be lights and it’s going to be loud. An experience you can’t just download, you have to be there. We all get about 80 summers in our lifetimes so make them count”. Larry Frank, Owner Frank Productions/Live Nation adds: “This is the type of tour package that is all too rare nowadays. Five Finger Death Punch, Breaking Benjamin, Nothing More, and Bad Wolves is the kind of tour that keeps music alive and exciting and at the same time introduces the audience to newer bands that will become the next generation of arena rock acts”.

‘And Justice For None’ Standard Album Artwork & Playlist 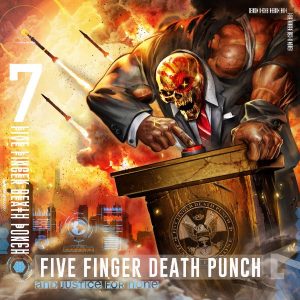 ‘And Justice For None’ Deluxe Album Artwork & Playlist 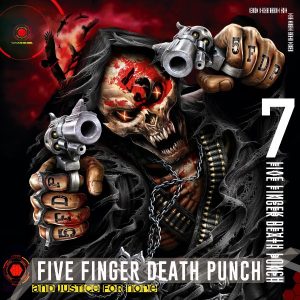