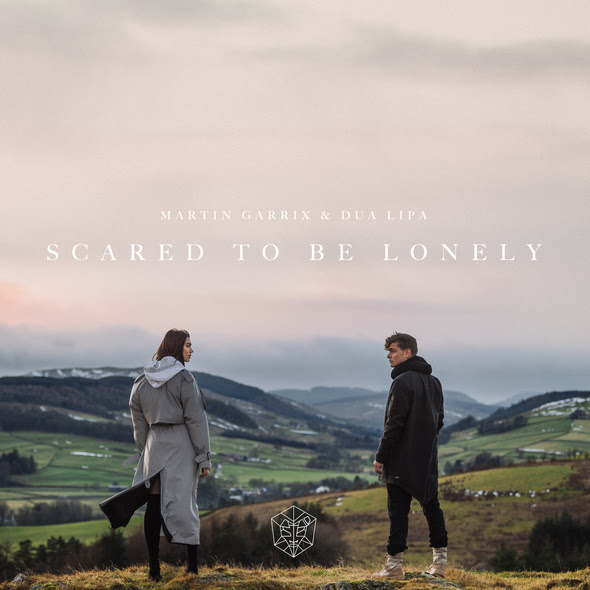 Electronic dance music’s youngest superstar, the #1 rated DJ in the world plus hitmaker / musician / songwriter / producer Martin Garrix today releases a brand new track with rising star Dua Lipa entitled “Scared To Be Lonely”. “Scared to Be Lonely” with Dua Lipa follows Garrix’s latest global hit single with Bebe Rexha “In The Name of Love” which has been certified platinum, and has enjoyed over 800 million streams and counting. Martin and Bebe performed their hit single on Dick Clark’s New Year’s Rockin Eve and The MTV European Music Awards, and Garrix made his US network television debut with the track on The Tonight Show Starring Jimmy Fallon.

It’s easy to get lost in the numbers behind Martin Garrix’s meteoric rise – the 20 year old Dutch superstar has already set precedents and scored landmarks at every corner of the music industry. Backed by Scooter Braun Projects, Martin has become one of electronic dance music’s youngest superstars, with his 2013 release of his smash hit “Animals” topping the charts in late 2013 at the age of 17. Just three years later, he was voted #1 on 2016’s DJ Mag Top 100 Poll. The young producer has made both Billboard’s prestigious “21 Under 21” 3 times, as well as Forbes’ “30 Under 30” list twice. Last month, Garrix won two 2016 MTV European Music Awards for Best Electronic and Best Worldstage Performance, cementing his stature as a cross over artist to be reckoned with. In 2015, Garrix won two MTV European Music Awards for Best Electronic Act for Best Dutch Act. IN 2016, Garrix signed a global deal with Sony Music International marking his ascent into the highest reaches of the music industry. His first single for RCA/Sony Music Intl, “In The Name Of Love” featuring Bebe Rexha, amassed over half a billion streams in just 3 months and has become a massive hit worldwide. Garrix remixed of one the biggest pop singles of recent years, The Weeknd’s “Can’t Feel My Face,” and has collaborated with Usher (“Don’t Look Down”) and Ed Sheeran (“Rewind Repeat It”). Garrix has residencies at two of world’s most prestigious clubs: Omnia Las Vegas and Ushuaïa Ibiza, and in addition, hosts his own evening every Friday during the summer at Ushuaïa Ibiza called “Multiply” with special guests such as A-Trak, The Chainsmokers, Marshmello, Dillon Francis, and many more. Garrix has also collaborated with world renowned brands such as 7UP and Tag Heuer.

Dua Lipa’s album, due out June 2nd, is one of the most highly anticipated releases of the year, earning places on TIME’s “20 Albums to Watch,” Billboard’s “2017 Music Preview: 40 Most Anticipated Albums,” Entertainment Weekly’s “Breaking Big: 10 Artists Who Will Rule 2017,” and InStyle’s “11 Albums We Can’t Wait to Hear in 2017.” With over 2 million global sales, Dua’s singles have rapidly established her as a rising star —”Be the One” reached the Top Ten in a dozen European territories, “Hotter Than Hell” hit the Top Twenty in the UK, and “Blow Your Mind (Mwah)” climbed into the top 25 on Billboard’s Pop Songs Chart in the US. In addition to nominations for awards by the BBC and MTV Europe, she was a finalist for the prestigious “Critics’ Choice” prize at the BRIT Awards, and has been nominated for “Best Female” and “Best New Artist” at the NME Awards. Dua’s electric live shows – from Lollapalooza and SXSW, to Glastonbury and Wireless Festival in the UK, and her recent US tour dates supporting Troye Sivan – have mesmerized audiences around the world and gained her a frenzy of media attention; her smoky vocals and onstage presence have been raved about by everyone from NPR to Complex to Rolling Stone. Dua Lipa is set to embark on her first ever headlining US tour starting February 24th in Chicago, IL and running through March 17th in San Francisco, CA.