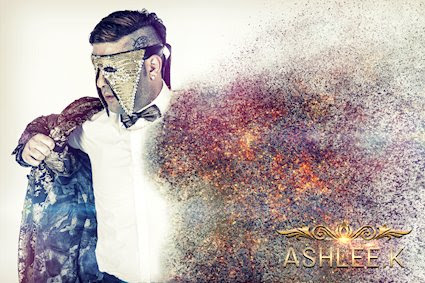 EDM DJ ASHLEE.K suprises in the new music video for the title song of the album “New Heights“ with a fantasy comic story, which has no equal! Since September, the uncommon EDM project “New Heights“ has enthralled with its contemporary Dance sound, combined with Eastern Folk as well as classical elements and Dubstep vibes. In the new music video for the title track, the Iranian native DJ ASHLEE.K goes one step further and breaks with all previous EDM conventions. With Hamid Sahari’s imaginatively produced video clip in fantasy comic style, the song is set a brilliant monument, that has already recorded more than 57,000 views on the ASHLEE.K VEVO channel in just a few days.

Ashlee.kTwo years ago he started the production with the goal to unite different singers from countries like England, Romania, Israel, the United States and of course his homeland Iran on one album. The result can be seen and heard very well. ASHLEE.K has won i.a. the Israeli singer Lana Lubany for his idea. With this outstanding cooperation he delivers the proof that music is able to push boundaries and is able to overcome political differences. With Andreea Lazar who has enthralled an audience of millions at the Romanian edition of X-Factor or the christian American Hip Hop specialist Noahsoundz, who already has mix-tapes together with superstars like Xzibit and Ludacris in his discography, he convinced some top-class singers for the album. The fact that the work was worth while is not only shown by the good plays on the streaming platforms, where the songs of the album have already been listened to more than 267,000 times. New Heights“ and its eleven tracks with their driving and tremendously danceable beats the filigran used sound elements from other genres combined with the brilliant voices of his guests is a guarantee for a playful mood on the dancefloor.