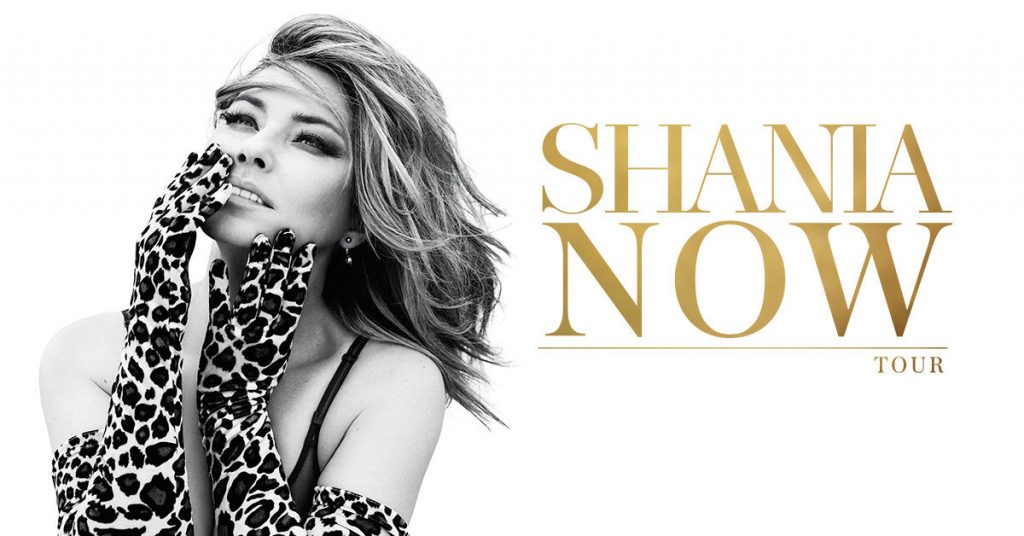 In what promises to be one of the most anticipated tours of 2018, Global superstar Shania Twain has announced that she will hit the road next year in support of her new album, NOW. These dates mark Shania’s first tour since “Rock This Country” back in 2015. Produced by Live Nation, the tour kicks off May 3rd in Tacoma, WA and will run through the rest of the summer, culminating in Las Vegas on August 4th at MGM Grand Garden Arena.

One of the most highly anticipated albums of 2017, NOW, will be released on September 29 via Mercury Nashville, and is offered as both a 12-track standard and 16-track deluxe album.

Shania is set to headline the Opening Night Ceremony for the 2017 US Open on Monday, Aug. 28, in Arthur Ashe Stadium at the USTA Billie Jean King National Tennis Center. The ceremony will be televised live on ESPN2. She will be performing some of her biggest hits as well as songs from the new album, NOW.

Shania is a five-time GRAMMY Award-winner and the reigning Queen of Country Pop. With more than 90 million albums sold worldwide and U.S. sales topping 34.5 million, Shania remains the top-selling female country artist of all time. Shania’s albums include her Platinum-selling 1993 debut, Shania Twain; the GRAMMY Award-winning, Double Diamond-selling 1995 release, The Woman in Me; Come On Over, the best-selling studio album in Soundscan history by a female artist in any genre and the best-selling country album of all time with over 40 million units sold worldwide; and UP!, Shania’s third consecutive Diamond-selling album release.