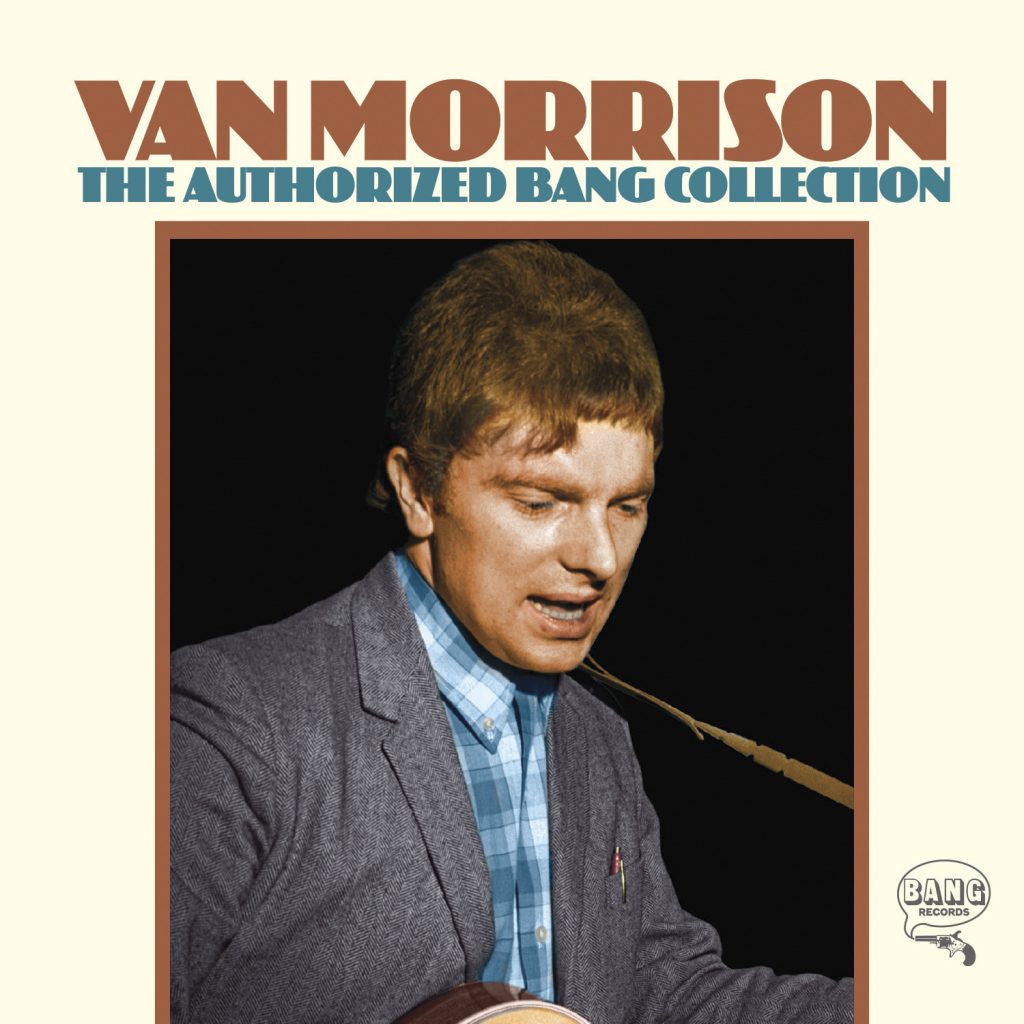 A deluxe 3CD library set, Van Morrison – The Authorized Bang Collection is the first official comprehensive anthology ever assembled chronicling Morrison’s musical output during a brief-but-astounding musical association with Bang Records, the groundbreaking hit-making label founded by legendary American producer/songwriter Bert Berns–whose writing credits include “Twist & Shout” (!), “Cry to Me,” “Piece of My Heart,” and “Everybody Needs Somebody to Love” and “Here Comes The Night,” a #2 UK breakout hit for Them in March 1965.

All songs on Disc One – The Original Masters and Disc Two – Bang Sessions & Rarities were Produced & Directed by Bert Berns. Disc Three – Contractual Obligation Session presents for the first-time as an official release–and in its best-sound quality ever–one of the most raw, honest and in-the-moment studio performances of Van’s storied career.

Disc One – The Original Masters presents original stereo mixes of recordings for the first time on CD –including the archetypal “Brown Eyed Girl”–first released on Bang 12″ vinyl LP’s: Blowin’ Your Mind! (1967) and The Best of Van Morrison (1970). Disc One also features the highly-prized original MONO mixes of “Beside You” and “Madame George”–first issued on T.B. Sheets (1973)–and “Chick-A-Boom,” a Van Morrison/Bert Berns composition recorded in New York in 1967 and released as a Bang single. The Original Masters closes with the rare demo version of “The Smile You Smile,” previously available on Legacy’s 1991 compilation, The Bang Masters.

Disc Three – Contractual Obligation Session presents thirty-one short songs that have been widely bootlegged as Van’s contractual obligation demos for Bang. These songs show Van’s incredible humor and give some insight into the frustrating close of his relationship with the label. They are included here for the sake of completeness and to finally officially close the chapter on Van’s 1967 New York City recording sessions,” writes Andrew Sandoval in his in-depth liner notes for the set. A Grammy-nominated producer and engineer, Sandoval compiled and curated the material on Van Morrison – The Authorized Bang Collection.

In his own notes for this collection, Van Morrison wrote, “Bert Berns was a genius He was a brilliant songwriter and he had a lot of soul, which you don’t find nowadays.”

Disc One – The Original Masters:

Discs One & Two: All songs Produced & Directed by Bert Berns