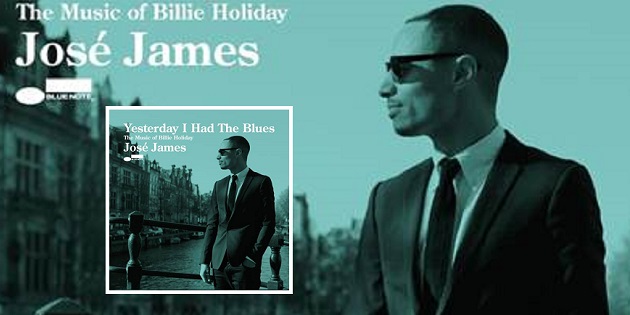 The American singer José James tributes his new album “Yesterday I Had The Blues: The Music Of Billie Holiday” to the legendary jazz singer. This year, April 7 to be precise, marks the 100th birthday of Billie Holiday. José James and Blue Note’s president and producer Don Was have joined forces on this tribute. Besides James, the album (to be released March 27) will feature renowned jazz artists such as Jason Moran, John Patitucci and Eric Harland.

José James called Billie Holiday ‘my musical mother’. Her music has been of great influence on the life and musical development of James. “My first clear musical memory is of Billie Holiday. Her voice floated through our house – grand, warm, intimate, and wholly unique.” The same words also apply to James’ own voice. On his previous Blue Note albums “No Beginning No End” (2013) and While You Were Sleeping (2014) José James delivers a warm, rich baritone. “I rediscovered Billie during a difficult period of my teenage years,” says James. “As much as I loved Nirvana, De La Soul, and A Tribe Called Quest, her music spoke to me on a much deeper level. Her work was mastery – of pain, of trauma, of faith in music and the power of transformation. I had found my teacher. Billie Holiday made me want to be a jazz singer and set me on the path that I’m walking today.”