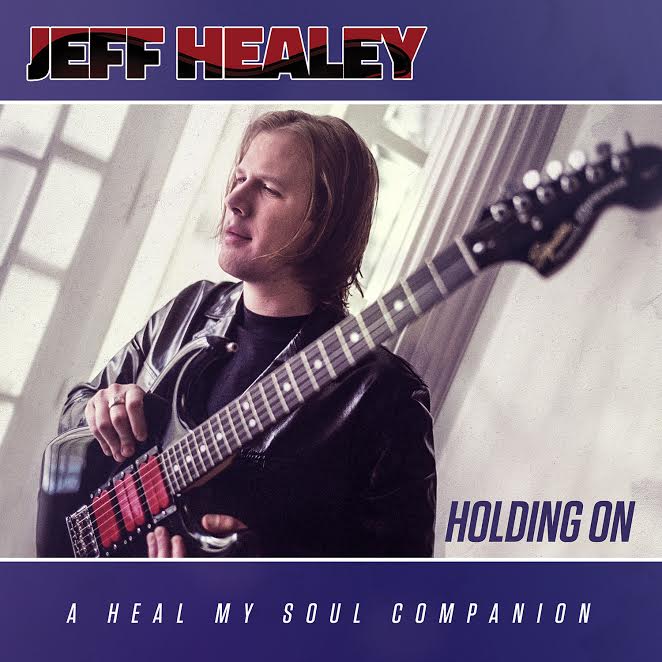 Nobody embodies the defiant spirit of rock and blues quite like Jeff Healey. Born in Toronto on March 25th, 1966, the Canadian’s childhood was shattered by diagnosis with the rare ocular cancer retinoblastoma. Yet it never broke his stride, and through the late-’80s, ’90s and post-millennium, Jeff’s jaw-dropping guitar style and soul-drenched vocals saw him rise to multi-platinum sales, worldwide acclaim and collaborations with the likes of Stevie Ray Vaughan, B.B. King, John Mayall, Eric Clapton, The Rolling Stones, Lenny Kravitz, George Harrison, Mark Knopfler and Ian Gillan.

Since his untimely passing in March of 2008, Jeff’s Estate has worked diligently to ensure that his memory and incredible legacy would continue to shine on.

Released in March of 2016 on what would have been the his 50th birthday, Heal My Soul is a ‘lost’ album comprising twelve previously unheard tracks, all rescued from the vaults, lovingly restored by the guitarist’s estate and alive with his spirit. “I think Jeff would have been so proud of this,” notes his widow, Cristie Healey. “It’s up there with his best work, by far.”

It’s quite a statement, but one borne out by critics around the globe who praised the “Stunning timeless recordings” (- Buddy Guy’s Blues & Music News) and stated that this “Might be the best sounding album of his career” (- Classic Rock: The Blues). When The Daily Mirror went on to call Heal My Soul “Astonishing” and Classic Rock Magazine said that “Healey never sounded more alive” it was a bittersweet validation of all the hard work that was put into the project…

As Jeff’s unofficial archivist since the ’80s, Roger Costa had his first notion of starting the Heal My Soul project in the months after his friend’s passing. By early 2015, a forest of red tape had finally been fought through, allowing Roger to embark on what he calls a “labour of love”: researching the lost songs, recovering the two-inch masters, baking and transferring them to digital, reviewing the material, fixing and completing the mixes. As he recalls, it was a poignant experience: “Amongst the folks that were in the studio working on these recordings, there were a lot of moments where everyone was getting choked up. There’s a lot of emotion running through everything. There were times, particularly on songs like Baby Blue – or any song that had harmony vocals – when we’d just pop them up in the studio by themselves. And it was like he was there. It was like he was never gone.”
The process might have been an emotional rollercoaster, there’s no doubt it’s been worth it.

Now we are poised to release ‘Holding On: A Heal My Soul Companion’, a perfect bookend to the critically acclaimed ‘Heal My Soul’ and 2016 in general, which saw a continuous celebration of what would have been Jeff’s 50th birthday.

Featuring five rare Jeff Healey studio tracks that were all recorded during the same time period as ‘Heal My Soul’ (‘96-’98) and a concert recorded in Oslo, Norway in 1999, a live snapshot of a brilliant performer at the top of his game, ‘Holding On’ is the perfect complement to Heal My Soul.

“It’s great that his legacy is being kept alive,” says Sonny Landreth. “Certainly, his music lives on, and for his fans, it’s stronger than ever. But it’s important to turn the next generation on to people like Jeff. He’s right up with the all-time greats…”