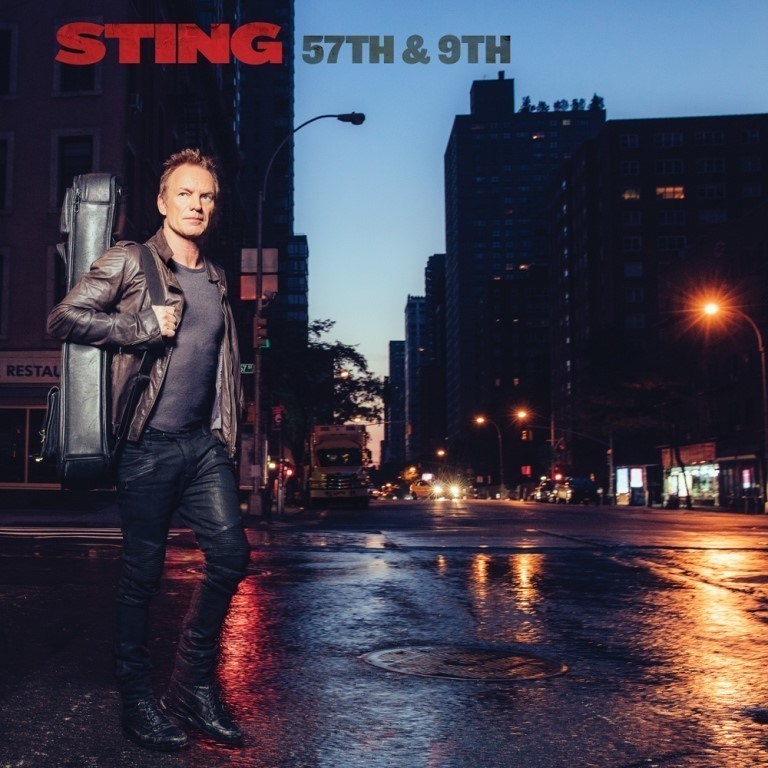 Following the recent release of Sting ’s highly anticipated rock/pop album 57th & 9th, Cherrytree Management and Live Nation today confirmed that Sting will take to the road in 2017 on a very special tour featuring concert dates in clubs, theatres and arenas throughout North America and Europe. On the 57th & 9th Tour, Sting will be joined by a 3-piece band including his longtime guitarist, Dominic Miller, plus Josh Freese (drums) and Rufus Miller (guitar). Special guests include singer/songwriter Joe Sumner as well as San Antonio-based Tex Mex band, The Last Bandoleros.

Sting’s twelfth solo studio album, 57th & 9th, his first rock/pop project in over a decade, was released November 11 on A&M/Interscope Records. The ten-song collection represents a wide range of Sting’s musical and songwriting styles from the raucous, guitar-driven first single, “I Can’t Stop Thinking About You” to the ferocious, Road Warrior-style imagery of “Petrol Head” and the anthemic “50,000.” The album, produced by Martin Kierszenbaum, was recorded in just a few weeks with Sting’s long-time collaborators Dominic Miller (guitar) and Vinnie Colaiuta (drums), as well as drummer Josh Freese (Nine Inch Nails, Guns n’ Roses), guitarist Lyle Workman and backing vocals by the San Antonio-based Tex-Mex band The Last Bandoleros.

Composer, singer-songwriter, actor, author, and activist Sting was born in Newcastle, England before moving to London in 1977 to form The Police with Stewart Copeland and Andy Summers. The band released five studio albums, earned six Grammy Awards and two Brits, and was inducted into The Rock and Roll Hall of Fame in 2003. As one of the world’s most distinctive solo artists, Sting has received an additional 10 Grammy Awards, two Brits, a Golden Globe, an Emmy, three Oscar nominations, a TONY nomination, Billboard Magazine’s Century Award, and MusiCares 2004 Person of the Year. Also a member of the Songwriters Hall of Fame, in December 2014 he received the Kennedy Center Honors, one of the most prestigious cultural prizes in the United States. Throughout his enduring career, he has sold close to 100 million albums from his combined work with The Police and as a solo artist.

Sting’s support for human rights organizations such as the Rainforest Fund, Amnesty International and Live Aid mirrors his art in its universal outreach. Along with wife Trudie Styler, Sting founded the Rainforest Fund in 1989 to protect both the world’s rainforests and the indigenous people living there. Together they have held 17 benefit concerts to raise funds and awareness for our planet’s endangered resources, with the next event scheduled for December 14 at Carnegie Hall. Since its inception, the Rainforest Fund has expanded to a network of interconnected organizations working in more than 20 countries over three continents.