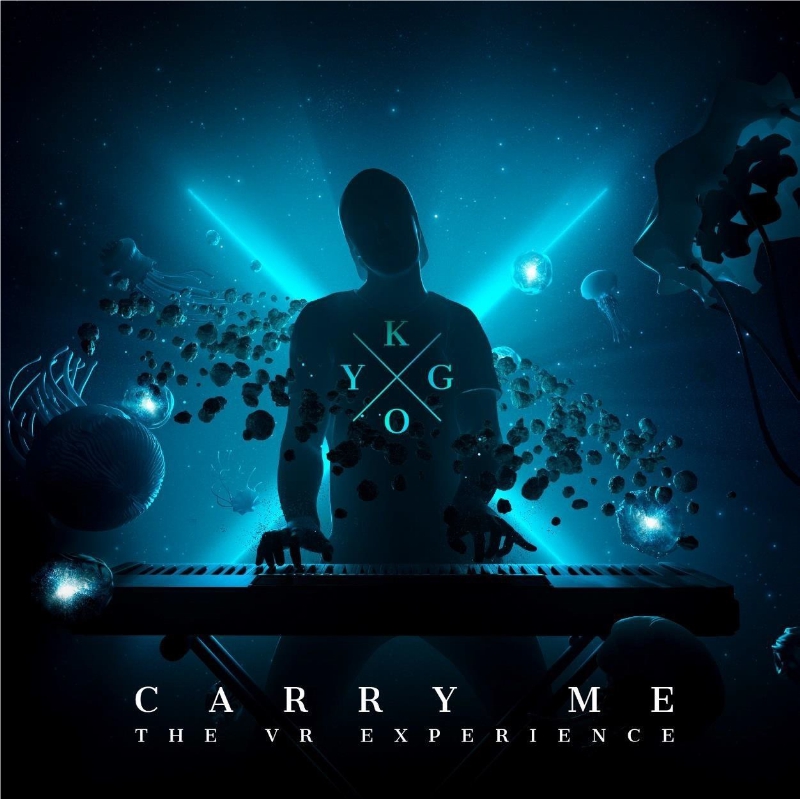 Today, Norwegian superstar, Kyrre Gørvell-Dahll, a.k.a Kygo, unveils the “Carry Me” premium virtual reality (VR) experience. Set to the hit song ‘Carry Me,’ this revolutionary new music experience transports users into a stunning visual world where they are immersed in beautiful environments of oceans, forests, mountains, skies and a final epic sweep of the cosmos.

Kygo is a Norwegian-born bedroom producer and piano prodigy turned massive tropical house maven in unprecedented time. He was crowned Spotify’s Breakout Artist of 2015, as songs including “Firestone (feat. Conrad Sewell)” and “Stole The Show (feat. Parson James)”, which was certified gold or platinum in sixteen countries, helped him become the fastest artist to reach 1 billion streams on Spotify. Kygo’s first album,Cloud Nine, debuted at #1 on iTunes Dance Albums Chart and at #1 on Nielsen Soundscan’s Electronic Albums chart.

Kygo made his U.S. television debut on The Late Late Show with James Corden where he performed an acoustic version of “Stole The Show (feat. Parson James)”. He has also performed on Good Morning America, The Tonight Show Starring Jimmy Fallon, and The Ellen DeGeneres Show, and performed his song “Carry Me (feat. Julia Michaels)” at the 2016 Rio Olympics Closing Ceremony. Additionally, Kygo landed on the cover of the February 19th issue of Billboard Magazine. He has also been on the cover of Haute Living Magazine, and been featured in USA Today, The Wall Street Journal, Rolling Stone, LA Times, Forbes, Entertainment Weekly, Nylon, Huffington Post, and more. Kygo played to a sold-out crowd at Barclays Center in New York, and will be playing two shows at Los Angeles’ Hollywood Bowl on October 14th and 15th.

Using music as the underlying force to drive the visuals, “Carry Me” resets the bar for music based VR experiences by informing every pulse, color and form as Kygo guides users through this epic journey of creation.

MPC VR, the leading global visual effects and VR production studio, directed Carry Me with an approach that utilized the strengths of Virtual Reality technology to enable an entirely new kind of music experience. Starting with the lyrics, concept and structure of the song, MPC VR conceptualized a journey that would literally “carry” the user upward through a series of different environments.

Throughout the course of this journey, the user becomes larger as they transition through each environment, starting as the size of a cell and culminating into an incredible climax within a vast galaxy. Stressing the importance of Kygo’s presence within the experience, MPC VR flew a team to Norway to do a complete 3D scan of Kygo in his studio. This incredibly detailed model was then integrated using particles and forms to make him an integral part of the experience.

In order to achieve the level of quality that Kygo fans would demand, MPC VR created the experience using game engine technology to enable features that aren’t achievable using static 360 video capture. These features included the incredible sensation of floating upward through each environment, stunning visuals and animations, scale and spatialization to allow the viewer can step closer to objects or change their perspective based on the angle at which they were viewing.

Kygo fans around the world can download the ‘Carry Me’ VR Experience on PlayStation®VR, Oculus Rift and HTC Vive in November.