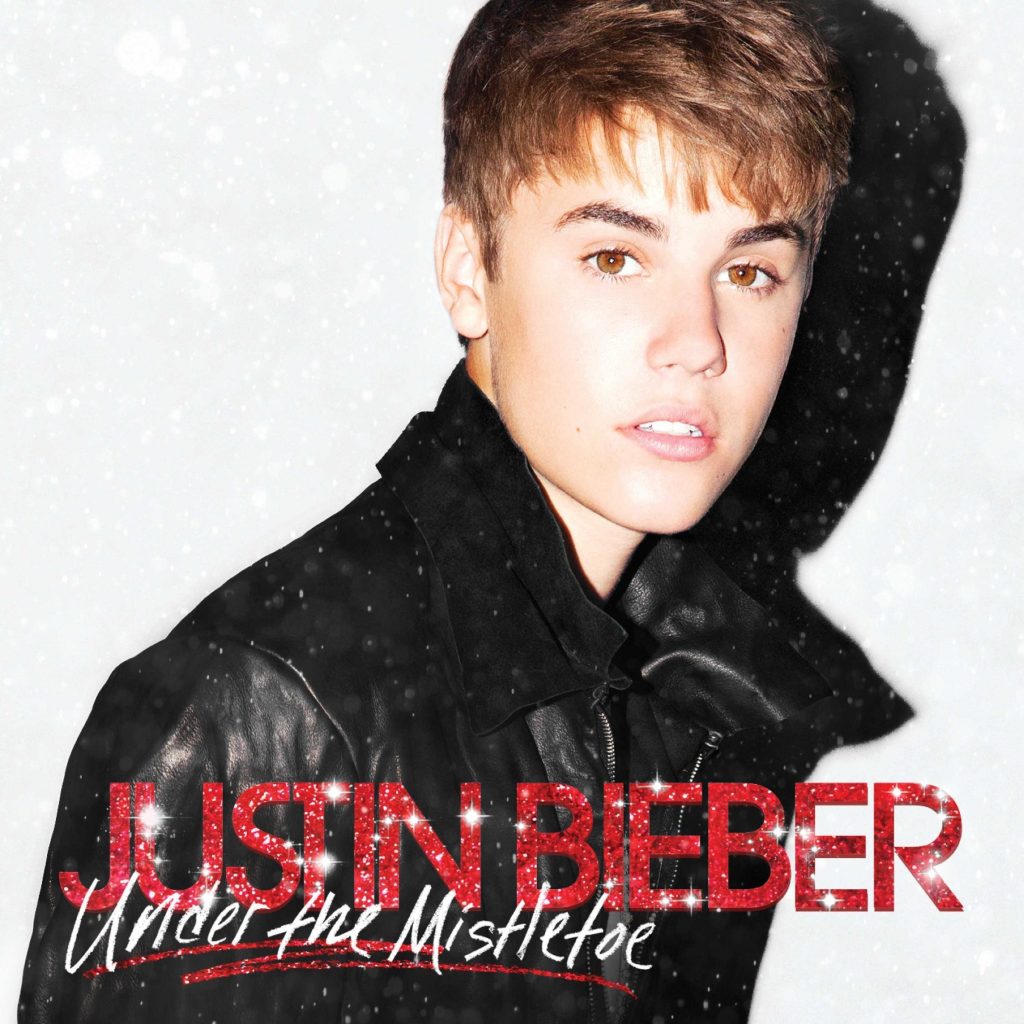 Justin Bieber’s Christmas classic, ‘Under The Mistletoe’, is now available on vinyl for the first time ever, just in time for the holidays. Originally released in 2011 as Bieber’s second studio album, the 11-track LP is pressed on standard black vinyl and comes inside a jacket with a matte finish and 12-page booklet. The album showcases Bieber’s unique spin on holiday standards alongside original songs and features Usher, Mariah Carey, Boyz II Men, The Band Perry and Busta Rhymes.

Upon its release in 2011, ‘Under The Mistletoe’ debuted at #1 on the US Billboard 200 and earned Bieber the distinction of having the first Christmas album by a male artist to debut at #1. Coming on the heels of the smash success of his debut album and follow-up EP, the album sold nearly a quarter of a million units its opening week and resulted in his third #1 album and third platinum- selling album. It also made him the first solo artist to have three #1 albums before his 18th birthday. The album was the eleventh best-selling release of the year and sold 1,245,000 copies in a few short months. The record also debuted within the top 10 in Australia, the Netherlands, Norway and Spain. It has currently sold more than 1.5 million copies.

Produced by Kuk Harrell, the album pairs original songs alongside inspired interpretations of holiday favorites – “Santa Claus Is Coming To Town,” “The Christmas Song (Chestnuts Roasting On An Open Fire)” with Usher, “Drummer Boy” with Busta Rhymes, “Silent Night” and Bieber’s duet with Mariah Carey on her modern classic “All I Want For Christmas Is You (SuperFestive!).” Eight of the 11 songs were co-written by Bieber just for the album, including the hit single “Mistletoe,” co-written and produced by hit making Canadian duo The Messengers (Nasri and Adam Messinger). “Home This Christmas” features The Band Perry while “Fa La La” is a collaboration with Boyz II Men.

SIDE ONE
1. Only Thing I Ever Get For Christmas
2. Mistletoe
3. The Christmas Song (Chestnuts Roasting On An Open Fire) ft. Usher
4. Santa Claus Is Coming To Town
5. Fa La La ft. Boyz II Men

SIDE TWO
6. All I Want For Christmas Is You (SuperFestive!) Duet With Mariah Carey
7. Drummer Boy ft. Busta Rhymes
8. Christmas Eve
9. All I Want Is You
10. Home This Christmas ft. The Band Perry
11. Silent Night