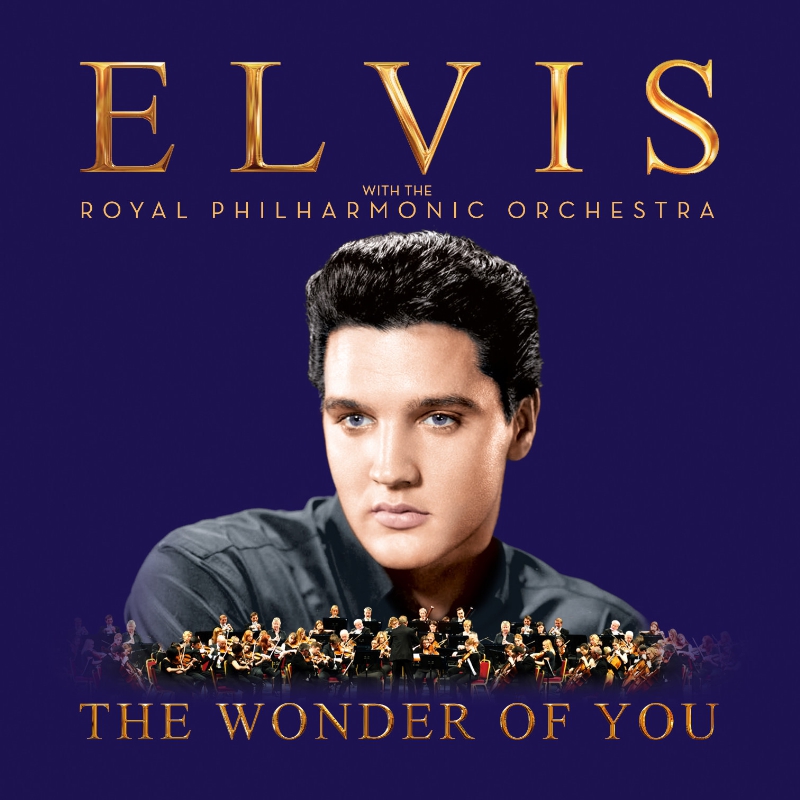 The Wonder Of You focuses on the iconic artist’s unmistakable voice with lush new orchestral accompaniment. Recorded at Abbey Road Studios in London with acclaimed producers Don Reedman and Nick Patrick, the album features Elvis’ most dramatic original performances augmented with lush new arrangements by The Royal Philharmonic Orchestra. The album spans a variety of musical styles that Elvis embraced, from rock and gospel to country and ballads, featuring beloved Presley classics along with several surprises. Standout tracks include a sultry new version of the “A Big Hunk O’ Love,” the glorious “Amazing Grace,” the heartfelt emotion on “Kentucky Rain,” a stunning new take on the classic “Always On My Mind,” and the fun, upbeat “I’ve Got A Thing About You Baby.”

A Deluxe version of the album will be released on December 2nd and will include a CD with two additional tracks, two 150 gram LPs in a gatefold package, a poster suitable for framing and a 12 page booklet, all housed in a beautiful 12″x12″ lift off box.

“Elvis always loved the great, operatic vocalists,” says Priscilla Presley, executive producer of The Wonder of You. “We often talked about his interest in recording material that allowed him to perform in that space. It’s exciting to hear him on these recordings, performing with the world-class Royal Philharmonic Orchestra via the magic of Abbey Road Studios. He would have loved these performances and I’m very happy that we were able to make this dream come true for Elvis and his fans.”

“As with the first time we stepped into this amazing world – it is the extraordinary intimacy of Elvis’s vocal performances that is truly breathtaking,” says Nick Patrick. “The exquisite and effortless way he takes us on an emotional journey with him through delicate sensitivity to power and grace all within a magical 3-minute song. It’s a wonderful, wonderful privilege for which we are truly grateful.”

“I believe we have made an album that is uplifting, sensitive, heart touching and fun – the way that Elvis was and still is to so many of us,” says Don Reedman. “His spirit has never left the building!”

This autumn will also see the world exclusive live concert experience featuring the most recognizable voice of all time, Elvis Presley, backed by the legendary Royal Philharmonic Concert Orchestra, for a six date UK arena run in November. Fans will have the chance to experience the man who changed the course of popular music – the biggest selling solo artist in history (having sold an astonishing one billion records worldwide), on screen, with the Royal Philharmonic Concert Orchestra live on stage performing renditions of songs from If I Can Dream and The Wonder Of You.

‘THE WONDER OF YOU: ELVIS PRESLEY WITH THE ROYAL PHILHARMONIC ORCHESTRA’ TRACK LISTING