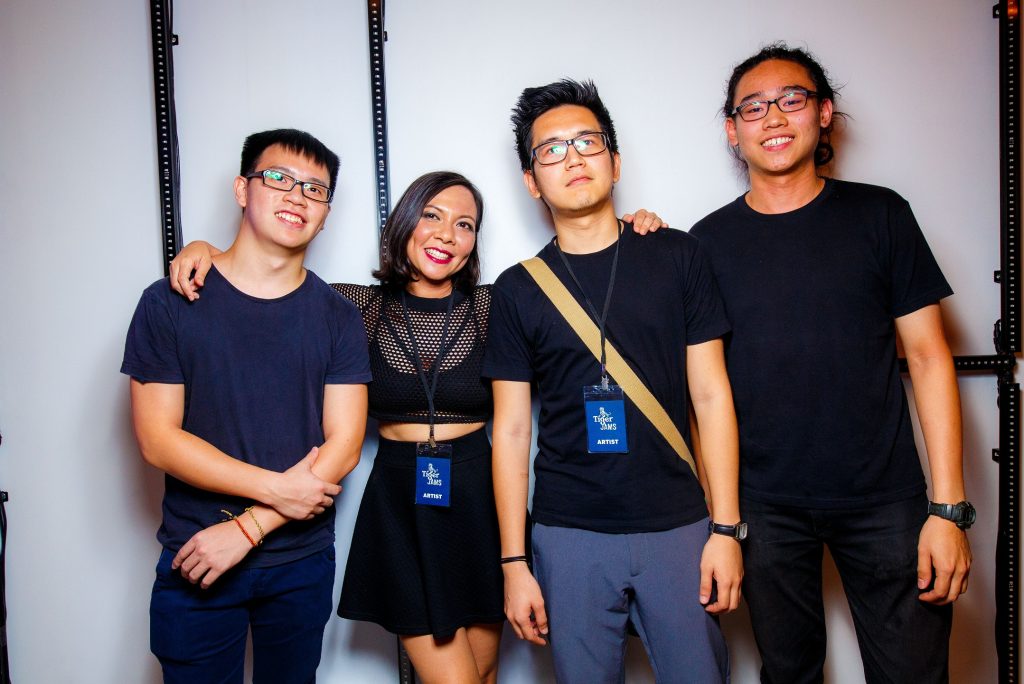 Kota Kinabalu’s electronica artist, Rozella – one of the three Tiger Jams finalists – has been handpicked by Chvrches for a special Tiger Jams collaboration. Tiger Jams, which sets out to be an epic jam session to celebrate the sights and sounds of Asia, is organised and sponsored by Tiger Beer, a subsidiary of Heineken Malaysia Berhad, and aspires to bring the freshest talents together in celebration of music and art.

Written with some guidance from electropop prince Darren Ashley, Rozella’s track Home To You is a song about the contrast of “being in the big city with bright lights and missing the serenity of home and island life.”

“I wrote the song on keyboard and sent the demo over to Darren. He designed the music according to the emotions that I wanted to convey, which was a mix of sadness and longing intertwined with excitement,” Rozella explained.

So when she got the news of being selected over the other two finalists (Son of a Policeman and Donamarie), Rozella could not believe the timing as she was unwell and longing for home. “I got really choked up because I was feeling all the emotions of the song. It was, oddly enough, a moment that’s come full circle,” said the songbird who moved to make Kuala Lumpur her base in May.

Her video chat session with the Scottish synthpop band took place soon after and for the fangirl, the conversation with Chvrches was rather surreal. They shared with her great industry insights such as how “people will always have an opinion” and that at the end of the day, what’s important is for her to trust her gut feel and to do what is right by her.

As for Home To You, Chvrches told her that they “loved the simplicity of the track”, which allowed them more experimental space to inject their sound including incorporating voice chopping.

“I’ve been a fan of theirs since I saw them live at the 2014 Laneway Festival. I admire how they make pop music that carries weight and translate in their lyrics. So to be given an opportunity to have a song that I wrote remixed by an artist at that level is amazing. It’s something new comers like me dream of. I still can’t believe that it’s happening. I’m so grateful for the experience and being a part of Tiger Jams has taught me so much. This really is the icing on the cake,” she said.

Formed in 2011 as a studio project between long-time friends Iain Cook and Martin Doherty – Chvrches, which also features Lauren Mayberry on lead vocals, released their debut album, The Bones of What You Believe in 2013. The album earned them widespread critical acclaim as well as a strong fan base after touring extensively throughout 2014. The band’s sound mostly derives from the synthpop genre, with indietronica and indie pop influences. Their second album, Every Open Eye, was released in 2015 to rave reviews, and this year band wrote the original track to the recently released Mirror’s Edge Catalyst, an action-adventure platform video game. Their success and grounded personalities make them a no-brainer choice for a collaboration with one of Malaysia’s top undiscovered talents.

Tiger Beer marketing manager Jessie Chuah says: “We are so fortunate to have Chvrches, an international act, to collaborate with one of our Tiger Jams finalist. I’m sure their experience and guidance as an established act benefit Rozella as she comes into her own. We are also proud that Tiger Jams has proven to be a worthy campaign for our emerging artists, who needs the support and right avenue to be heard. So come over, show your support and listen to their sound during the finale. All three acts, their mentors and of course, Chvrches will be performing. Don’t miss out.”

Taking place on Sept 2 at Rhapsody Square, Trec, Tiger Jams Centrestage will feature the Top 3 contestants – Rozella, Son of a Policeman, Donamarie, acclaimed Asian acts The Sam Willows (Singapore), ToNick (Hong Kong) and Darren Ashley (Malaysia), and Chvrches. The venue will also showcase art pieces by Tiger Jams’ local visual artist, Donald Abraham, Kenji Chai and Flex, who were also instrumental in the creative production of each of the three finalists’ music video made for their Tiger Jams’ original track.