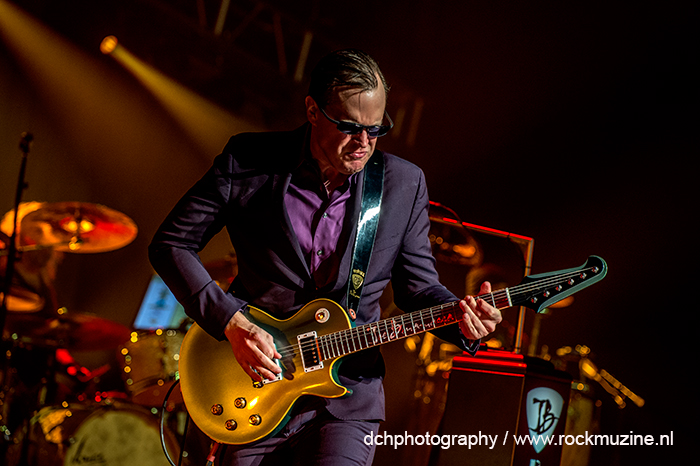 American blues rock guitarist Joe Bonamassa joined a host of named legends as he receives his brick in The Cavern ‘Wall of Fame’ last month at intimate Cavern gig on 27 June in Liverpool, UK. Bonamassa’s free show at Liverpool’s famous cellar club was a thank you to his British fans for the support they have shown him through his career. Joe launched his British Blues Explosion concert, which will pay homage to some of his musical inspirations including Jeff Beck, Eric Clapton and Jimmy Page, the latter two of already whom also feature in the Cavern’s ‘Wall of Fame’.

“This is a once in a lifetime opportunity,” says Bonamassa. “I’m so excited have been debuting at the Cavern Club. It’s the perfect venue for me to showcase the music of Jeff Beck, Eric Clapton and Jimmy Page. I hope my fans did get a kick out of it as much as I have.”

In 1997 to celebrate the Cavern’s 40th anniversary and as a tribute to the many performers who appeared at the Club before its closure in 1973, the Cavern Wall of Fame was created. It covers the entire frontage of the Cavern Pub (owned by Cavern City Tours) and each of the 1801 bricks in the wall feature the name of an act, which played the Cavern. Witnessed by thousands of onlookers Gerry Marsden unveiled the Wall of Fame, and then Billy J. Kramer unveiled a life size statue of John Lennon, which now stands leaning against the wall outside the Cavern Pub.

Today only established, high profile artists receive the privilege of being inducted into the Cavern Wall of Fame.