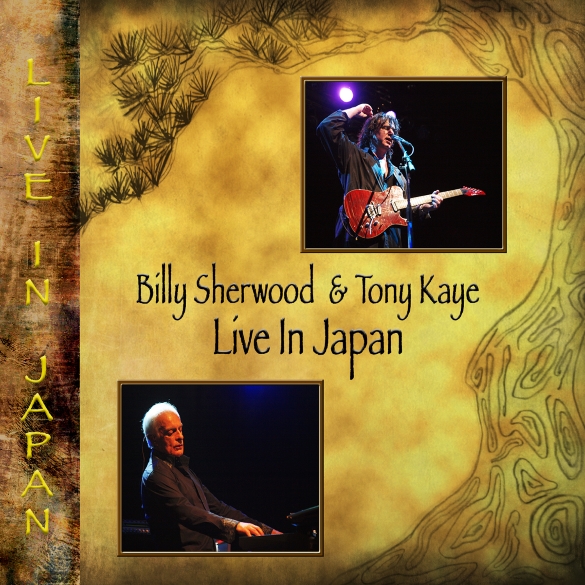 Billy Sherwood is the current bass player in the band YES and will be touring with the band throughout 2016. TONY KAYE was an original founder member of YES and re-joined the band for the hugely successful 90125 era, which produced the hit ‘Owner of a lonely heart’. “Live in Japan” sees the duo performing songs from their careers including a generous number of YES hits!

“Really looking forward to the release of our CD/DVD! It was very special for us to go to Japan and play these songs. We’re both very excited to now be able to share the experience with everyone!” – Billy Sherwood

Billy Sherwood and Tony Kaye’s “Live In Japan” 2CD / 1DVD release will be eagerly greeted by YES fans especially in light on Sherwood’s recent return to the band in mid-2015!

The DVD is NTSC Region 0 – Playable Worldwide and has the same track list as the CDs, plus behind the scenes tour clips.