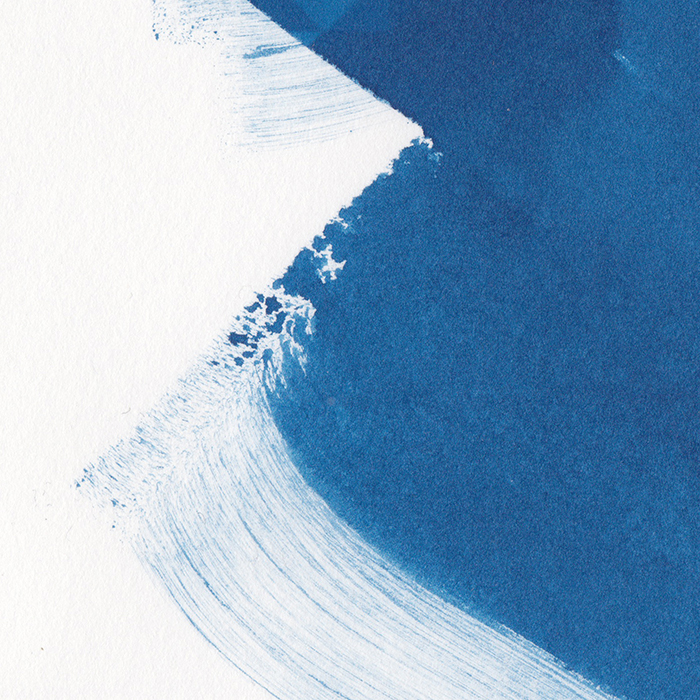 It sounds like Morton Feldman playing doom metal. A ten-minute rumble of bass piano cadences interrupted by spirals of right-hand arpeggios. This playful-solemn solo piano epic thunders along gracefully and we could happily release whole boxsets of this stuff, but this isn’t even the main gist of blue twenty: Quasiviri, which sees the tape series return to its beloved “one track per side” safe space.

Rather, the funereal baroque-gone-serialism of the piano piece is what the ‘proper’ music industry calls a B-side, as it is an instrumental run-through of Choro Tempore, the release’s ‘A-side’ pop song, arranged for piano.

And what does the real Choro Tempore sound like? Well, obviously not very pop, except by our warped standard. It’s a blizzard of time changes enacted by belly-slapping, octo-stringed fuzz bass, drums, vocal harmonies and psychedelic synthesiser. Yes, OK, it’s a Blue Tapes prog record.

A big monster of a song that builds and builds and double backs on itself in myriad internal musical conversations and could be at least ten separate songs – or a symphony – but is obviously best as this weird hymnal, minimal rock piece.

I find the best way to listen to Choro Tempore is endlessly, on a loop, as the piece flips mischievously between its ‘rock’ and ‘classical’ forms – the janus faces of Quasiviri, a preternaturally talented Italian trio, alternately grinning and howling at us, as they scramble the mind cells of the listener that little bit further with each iteration.

Choro Tempore also sounds like a pop record because it was mastered by the guy who does Muse’s stuff, but sounds like it eats Muses for breakfast.