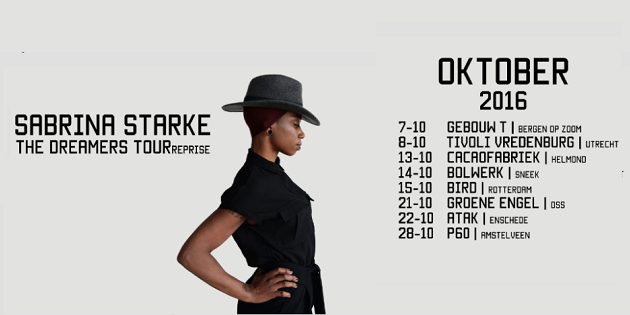 On September 25th 2015, singer- soulwriter Sabrina Starke released her album ‘Sabrina Starke’. The album ‘Sabrina Starke‘ is a new phase in her ‘soul search’ because the album is produced by Sabrina herself (in collaboration with Salle de Jonge). It’s her most personal album to date. With this album she is honest, self-conscious and critical to herself and her world.

After a successful tour, ‘THE DREAMERS tour’ got extended! During her last show in the Paradiso Amsterdam, Sabrina Starke surprised her audience with this special announcement. THE DREAMERS tour reprise will start in October 2016!