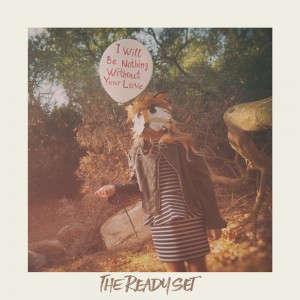 “This is one of my favorite videos I’ve done,” shares Jordan Witzigreuter of The Ready Set, in reference to “Disappearing Act”. “I wanted to do something bright and colorful that didn’t feel conventional, and it came together really well with the girls and our great hair and makeup team we had. The style of it is meant to be very minimalistic, and conceptually I wanted all of these bright things to be slowly whited out, disappearing into the background.”

Jordan Witzigreuter was only 20 years old when nearly overnight, the young Indiana-born musician – who had spent the better part of his teens writing an arsenal of illegally catchy, electro-pop songs – was plucked from near obscurity and thrust into the spotlight. Six years have passed since the release of The Ready Set’s debut album, I’m Alive, I’m Dreaming, which hit No. 3 on Billboard’s Heatseakers chart, thanks to the platinum-selling success of the LP’s first single, “Love Like Woe. 2011 saw the release of The Ready Set’s sophomore album Feel Good Now and the hit song “Young Forever.” The band’s most recent album, 2014’s The Bad & The Better, charted at #75 on the Billboard 200. The Ready Set has toured with The Wanted, Carly Rae Jepsen, Cher Loyd, Breathe Carolina, We The Kings, and more.