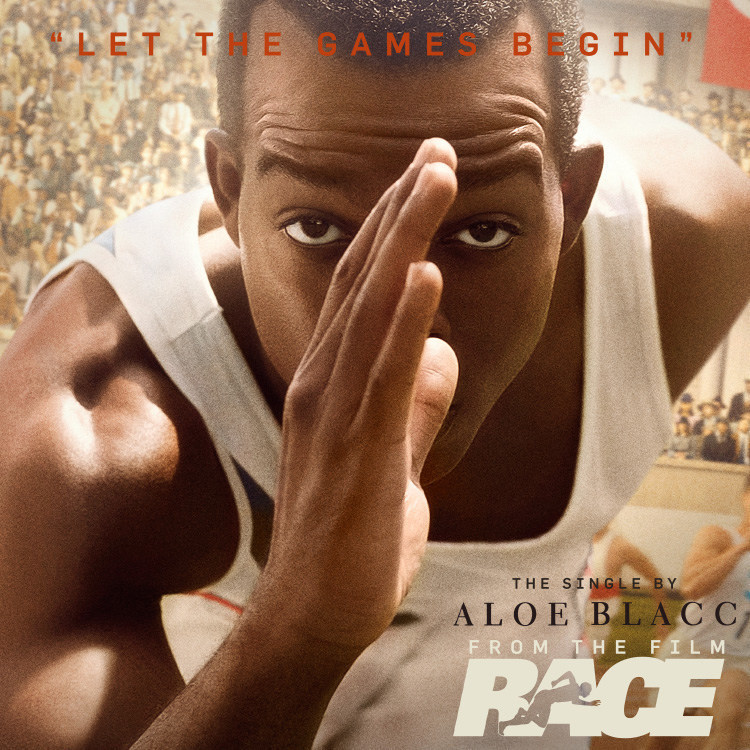 Grammy-nominated singer and songwriter Aloe Blacc releases “Let The Games Begin (From RACE)” today. The song is available now on XIX Recordings/Interscope Records and is available for digital download and streaming via digital subscription services.

Catch Aloe Blacc performing “Let The Games Begin (From RACE)” when he headlines a free Opening Night concert at Super Bowl City on Monday, Feb. 1 at 6 p.m. PT. Blacc’s performance will be televised in the SAP Center in San Jose, Ca, as part of Super Bowl Opening Night Fueled by Gatorade and shown on the NFL Network.

RACE will be released February 19th nationwide by Focus Features. Based on the incredible true story of Jesse Owens, the legendary athletic superstar whose quest to become the greatest track and field athlete in history thrusts him onto the world stage of the 1936 Olympics, where he faces off against Adolf Hitler’s vision of Aryan supremacy. MPAA-rated PG-13, RACE is an enthralling film about courage, determination, tolerance, and friendship, and an inspiring drama about one man’s fight to become an Olympic legend.