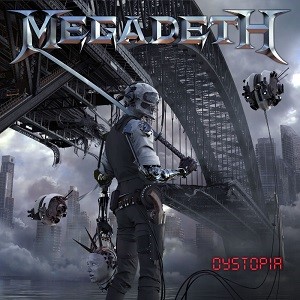 Megadeth will be on tour in support of their new album Dystopia being released on Universal Music Enterprises /Tradecraft / T-Boy Records on January 22, 2016. Along with band visionary Dave Mustaine at the helm,Megadeth’s current touring lineup will be Kiko Loureiro (formerly of Angra) on guitar, David Ellefson on bass, and drummer Chris Adler (Lamb of God), all who are featured on the new album.

Joining Megadeth on the North American leg of the Dystopia World Tour are very special guests Suicidal Tendencies, Children of Bodom and Havok.