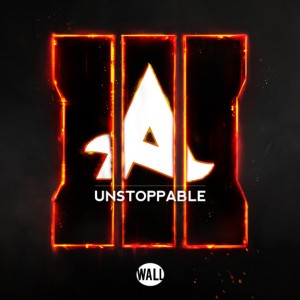 Afrojack has released his brand new track “Unstoppable” today on his own label WALL Recordings and is set to be featured in the latest Call of Duty game: Black Ops III, out since November 6.
Grammy award wining DJ/producer Afrojack has been a long time Call of Duty fan and from the moment he visited the Treyarch Studios in Los Angeles there was an instant click between the DJ and the creators of the game. This resulted in a collaboration where Afrojack contributes his track “Unstoppable” to the new Call of Duty game; Black Ops III. Not only is the track featured in-game, but will also have a prominent place in Afrojack’s live shows. ‘Unstoppable’ will be incorporated in his set, accompanied by ground breaking visuals from Call of Duty: Black Ops III as eye-candy for the audience.
Nick van de Wall (Afrojack): “Ever since I was a kid I am an avid gamer. Having the honor to have my music in the new Call Of Duty is like a childhood dream coming true! And working with the team from Treyarch and Activision couldn’t have gone better! They also introduced me to the Professional Gaming scene called E-Sports and I love it!”
To share this article: