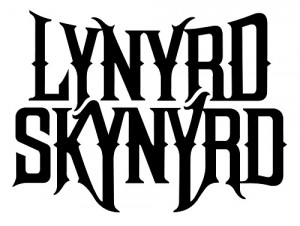 Lynyrd Skynyrd guitarist Gary Rossington plans to return to the road early next month after suffering a heart attack Thursday (Oct. 8) in Atlanta. “Any heart trouble is serious, of courase,” lead vocalist Johnny Van Zant told CMT.com on Wednesday (Oct. 14). “But he got in and got it taken care of.”

Rossington formed Lynyrd Skynyrd with the late Allen Collins and Ronnie Van Zant, Johnny’s brother, more than four decades ago in Jacksonville, Florida. Johnny Van Zant said Rossington was already scheduled to undergo a medical procedure when he suffered the heart attack. “He got off his blood thinner for a week and actually formed a blood clot, from what I understand,” he said.

Rossington underwent bypass surgery in 2003. The latest surgery involved replacing two stents in his heart. “He’s doing good,” Van Zant said. “He’s at home in Atlanta resting. Everything seems to be OK. He had a quadruple bypass a few years ago. A couple of weeks from now, he has to go in for another procedure.

“But Gary’s a tough guy. He’s lived through plane crashes, automobile wrecks and everything else. I’m just glad that God works in mysterious ways. He was at home in Atlanta, and not on the road where things could have been worse.”

The band’s most recent performance took place on Oct. 4 in Louisville, Kentucky, at the Louder Than Life Festival that also featured ZZ Top, Shinedown, Godsmack, Rob Zomie and Slash, among others. As a result of Rossington’s surgery, the band has canceled upcoming shows in Terre Haute, Indiana, and Mount Pleasant, Michigan. However, Van Zant said that after he talked to Dale Krantz Rossington, the guitarist’s wife, the band plans to resume touring with a Nov. 7 date in Montgomery, Alabama.

“I even asked Dale the other day if we wanted to cancel the rest of the year,” Van Zant said. “We only have about six more shows left, so we’re already winding it down. But she said, ‘Oh, no! Gary wants to go out and play.’ “Hopefully, we’ll make that show and many more along the way in the future.”