The Weeknd is truly unstoppable… He just recently topped Billboard’s Hot 100 with ‘Can’t Feel My Face’, for the first time. It was a big month for The Weeknd, as the Hot 100 Music Festival headliner scores his first No. 1 on the Billboard Hot 100 with ‘Can’t Feel My Face’, which rises 2-1. The song dethroned OMI’s ‘Cheerleader’ after four weeks at No. 1. 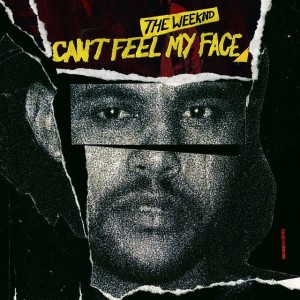 Both ‘Face’ and ‘The Hills’ are from The Weeknd’s second studio album, Beauty Behind the Madness, due Aug. 28. The set is due to feature collaborations with Lana Del Rey, Labrinth and Ed Sheeran. ‘Face’ also leads Billboard’s Hot R&B/Hip-Hop Songs chart for a fourth week and adds another No. 1 ranking: it rises 2-1 on the Pop Songs radio airplay chart.

The Weeknd’s ‘Face’ wins a tight race over ‘Cheerleader’ atop the Hot 100, with the former up by 5 percent in overall activity and the latter down by 3 percent.