Pennsylvania metalcore quintet August Burns Red are thrilled to announce their return in Europe in October with Asking Alexandria, Memphis May Fire and In Hearts Wake. 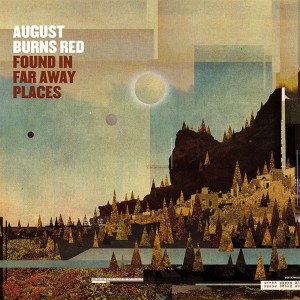 Guitarist JB Brubaker comments: “It’s been far too long since we’ve done club shows in Europe. We are beyond excited to return and are thankful that our pals in Asking Alexandria were kind enough to bring us along on their tour. These shows are going to rule!”.

Not only will they be partaking in this awesome tour, they will also be part of the just announced, and eagerly awaited return of the Vans Warped Tour UK. JB continues: “We’ve played the Vans Warped Tour in the States quite a few times over the years and we are pleased to be a part of it in England. The line up is stacked and it’s going to be a bonkers event. This is one show I have starred on my calendar because I know it’s going to be so much fun!”.

With the imminent release of their forthcoming album, ‘Found In Far Away Places’, set for release on June 29th (UK) via Fearless Records, this tour will be the perfect chance to hear some of their new material live, for the first time!