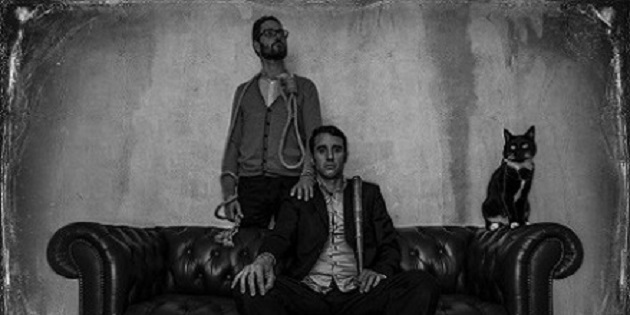 Somewhere between dark slam/hip-hop music, post-hardcore textures, spoken words explorations and black metal, Novembre is a French organic duo born in 2012 and made up of Olivier Lacroix (aka L’Amiral D.) & Jérémie Noël (aka Le Pendu) also involved in the post-metal/sludge outfit Erlen Meyer. Influenced by bands such as Cult of Luna, Portishead, La Rumeur and Casey, NOVEMBRE operates in a hybrid style mixing dark atmospheres, hip-hop vibes and post-anything soundscapes, all wrapped in a black atmosphere like in thrillers movies/novels.

Their debut-full length record, mixed by Florent Falconnier and mastered by Mobo from Conkrete Studio (Fleshdoll, Gorod, Eryn Non Dae, Lokurah) is expected in CD and Digital in the coming next weeks but in the meantime, three songs extracted from this upcoming album are available for streaming on Bandcamp and a music video is currently in the pipe.