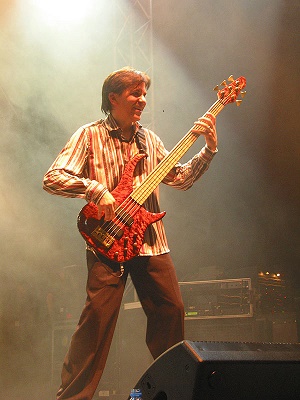 Mike Porcaro, bass player with the American rock band Toto, died this sunday. Porcaro died due to his diagnosis of amyotrophic lateral sclerosis (ALS) in his house in Los Angeles (CA). Mike joined Toto in 1982, and played with the band till 2007, when he had to stop. In 2010 the world was told Porcaro was diagnosed ALS as the reason of his retirement. He was replaced by Leland Sklar.

With Toto, Mike has experienced success with songs like ‘I’ll Be Over You’, ‘Pamela’, ‘Stop loving you’ and ‘Mushanga’. Porcaro and Toto also won several Grammy Awards and toured the world several times. Mike Porcaro died, 59 years old, at home, sleeping peacefully… Rest In Peace Mike…