For the ones who are already stressing about the christmas presents can take a deep breath and relax with this news. In a recent interview for a spanish magazine the mastermind of Gorillaz, Damon Albarn, was asked how he can focus on all his projects on which he answered “You have to do it. Now I want to finish the musical ‘wonder.land’ and then I want to do another Gorillaz album. Probably to start recording it on Autumn so it is finished near Christmas.” 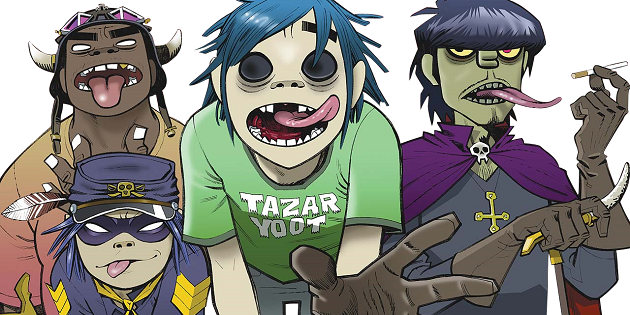 Previous weeks new sketches by the Gorrilaz artist Jamie Hewlett were released. Showing us several changes in the characters. New outfits and suddenly the eyes of 2D have changed from black to white. We don’t know if there will be more released such as drawings or maybe even songs in the near future, but slowly more news is released by the British virtual band.

Damon was also asked the question of questions. “Have you thought about working with Noel Gallagher?” The same question Gallagher was asked if he wants to work with Albarn, who is willing to do so. Albarn’s said to this “Oh yeah yeah, I’m sure we’ll work on something together some day”. Now let’s hope both of them find the time in their busy schedule for another awesome collaboration.