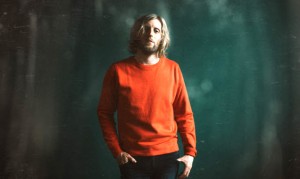 Fall Together Again is, incredibly, Andy Burrows‘ tenth long player, between his past solo albums and his recordings with Razorlight, We Are Scientists and Smith & Burrows, plus his BAFTA-nominated soundtrack for The Snowman and The Snowdog. The release of the album will be accompanied by a quartet of UK shows including a date at London’s Dingwalls on 30th October.

Brilliantly, unashamedly melodic, this new album is the kind of record where the earworms patiently queue up to present themselves one after the other; where songs open out into soaring choruses that soon give way to brighter and ever bolder hooks. It’s a record imbued with the spirit of early McCartney solo albums and sunroof-down daydream soul. It’s shot through with the kind of sun-dappled soft rock that used to radiate from American FM radios in mid-’70s.

Fall Together Again follows the success 2012’s Company, which spawned four Radio 2 A-listed singles, and the BAFTA nominated collaboration with composer Ilan Eshkeri that emerged later that year. From the chain gang chant of As Good As Gone to the Lindsey Buckingham-esque Who Are You Now?, via the freewheelin’ City To Coast, Fall Together Again has all the bliss and brightness of an open coast road in summer. It’s the record that will put Andy Burrows’ past way behind him and should see him rightly recognised as one of our boldest and most consistent songwriters.

Fall Together Again, which is released on October 20th 2014.