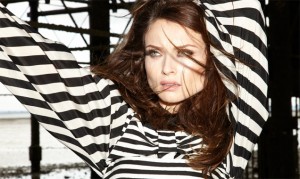 Following the release of ‘Love Is A Camera’, Sophie Ellis-Bextor will release live favourite ‘The Deer & The Wolf’, the fourth single from her silver certified album ‘Wanderlust’, on 25th August. Singles from the album so far have included the emotive ‘Young Blood’ and upbeat ‘Runaway Daydreamer’, along with ‘Love Is A Camera’, all of which have received A-List support from BBC Radio 2.

‘Wanderlust’, which is Sophie Ellis-Bextor’s fifth studio album charted at number 4 and gave Sophie her first top 10 record since 2007’s ‘Trip The Light Fantastic’. The record has gone on to spend the last 6 months in the UK Chart. Co-written, produced and arranged by acclaimed singer-songwriter and good friend Ed Harcourt, ‘Wanderlust’ was recorded in just two weeks in a London studio with other tight-knit musician friends and was released on Sophie Ellis-Bextor’s own label EBGB’s. It features 11 powerfully understated songs showcasing a newfound maturity both lyrically and musically.

Along with a recent sold-out tour of the UK, Sophie Ellis-Bextor continues to perform at festivals this summer including Glastonbury, T in the Park, Bestival and Hop Farm. An Autumn headline tour follows in September.